Nigeria PMI under the spotlight; US GDP in focus 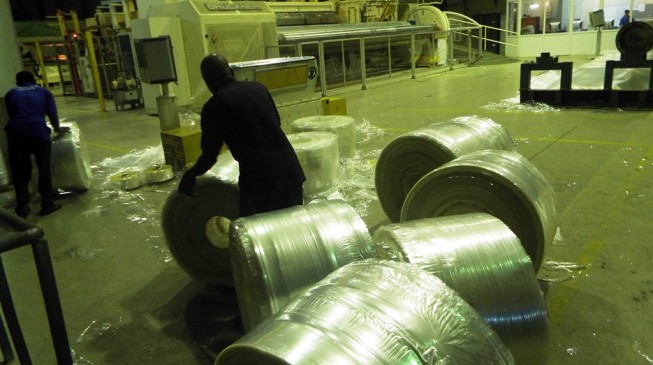 16:17 2019
Print This Article Share it With Friends
👤by Lukman Otunuga  0 Comments
Advertisement

It has certainly been a painful trading week for emerging market currencies thanks to the combination of rising oil prices, a broadly stronger dollar and renewed concerns over slowing global growth.

Major emerging market currencies like the South African Rand, Argentine Peso, Turkish Lira and South Korean Won among many others all felt the heat.

With oil prices trading around elevated levels and the dollar reclaiming its thrown in the currency space, this is bad news for emerging market currencies especially those whose nations are energy importers.

However, the jump in oil prices this week has been a breath of fresh air for oil exporters like Nigeria, given how a fair chunk of its revenues is acquired from oil sales. The naira witnessed stability against the dollar throughout the week with prices trading around N35N on the parallel markets.

Much attention will be directed towards the pending manufacturing and non-manufacturing PMI reports which should offer fresh insight into the health of the Nigerian economy. Should both PMI figures exceed market expectations, confidence over the largest economy in Africa will most likely receive a boost.

All eyes will be on the US GDP data release for Q1, scheduled to be announced later on Friday. Investors need to monitor this data for guidance on whether the dollar index will find inspiration for further fuel to add to a rally that is close to 0.8% for the week.

Markets are expecting a 2.3% GDP print, which is 0.1 percent higher than the previous quarter, suggesting that US economic growth momentum remains very much intact. The GDP release will set the stage for the upcoming Fed decision next week, whereby investors will try to anticipate how the world’s most important central bank will react to the string of resilient economic indicators that have been pumped out by the US economy as of late, even as the Fed Funds Futures rate points to a 61 percent chance of an interest rate cut by December.

Gold traders aren’t allowing prices to fall too far below its year-to-date $1,280 support level for now, as concerns over the global slowdown continue to hang over markets. Economic data out of Germany and South Korea this week point to soft patches in the global landscape, which may keep demand for bullion resilient as the year progresses.

However, should the US Q1 GDP print, due to be released on Friday, exceed market expectations, that could propel the US dollar to higher levels, preventing gold from climbing meaningfully back above $1,280. A US economy that’s seen to be on solid footing could also encourage risk appetite, potentially leading gold back on the path towards $1,260.

WTI futures were unable to hang on to a new year-to-date high, as prices eased off the $66.60/bbl mark heading into the weekend. However, with US sanction waivers on Iran’s oil set to expire next week, that is expected to limit global supplies and support oil prices over the coming months.

It remains to be seen how Saudi Arabia and its allies can ramp up and fill the gap left by Iran’s exclusion, ensuring that oil’s 2019 rally doesn’t get out of control. Oil bulls may then have to look to the OPEC+ decision in June regarding its ongoing supply-cuts programme, as the next potential catalyst that could send prices towards $80/bbl.