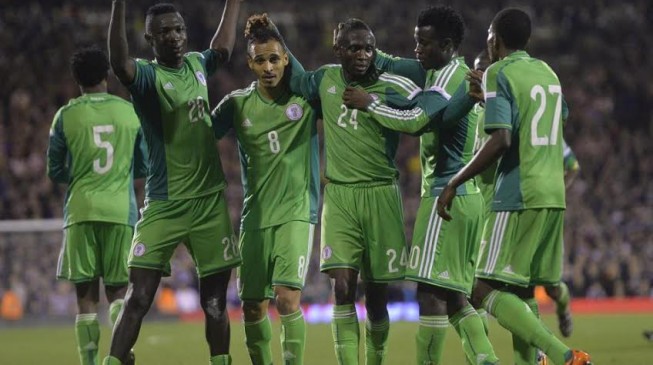 13:24 2014
Print This Article Share it With Friends
👤by Victor Akhidenor  1 Comment
Advertisement

The World Cup, unlike Christmas, is every four years. That, though, should not limit my altruistic behaviour of caring about the needs and happiness of other people to the festive period only.

Here are gifts, in form of predictions (based on history and humour), for football pundits, fans, non-fans, comedians and their clients, and NairaBet faithful!

There won’t be a new winner in this summer’s World Cup. I’m a quasi-historian, so forgive me if I delve into the past to predict this outcome. England’s first (and only) victory in 1966 will form the base year. See below:

Four World Cups before another new winner in…

Four World Cups before another new winner in… 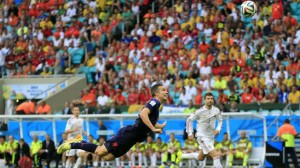 Sorry, Spain; but the trophy is not returning to Madrid. Maybe it’s the weather, the beaches or the babes, European countries have always failed to win the coveted trophy on South American soil. The continent has played host four times and has won it those times. Czechoslovakia came close at Chile ’62 when they lost 3-1 to Brazil in the final. The Netherlands lost by the same margin to host Argentina in 1978, also in the final.

England will lose via penalty shootout in the quarter finals

Going by the sequence that started at Italia ’90, England will experience penalty loss heartbreak in Brazil yet again.

England were back in 1998 in France but the curse of the shootout hadn’t left them. They lost to Argentina 4-3 in the second round after playing a hard fought 2-2 draw in 90 minutes and extra time.

In 2006, their nemesis, the penalty shootout, reared its ugly head yet again with Portugal beating them 3-1 in the quarter finals after a goalless draw in regulation time.

In 2010, there was no shootout hoodoo for England, though it was a penalty-shootout-looking scoreline loss (4-1) to Germany.

A ‘real’ shoot-out loss is looking plausible in Brazil. 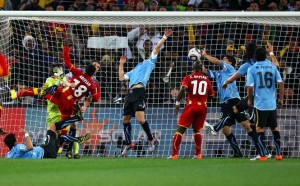 I’m not being swayed by the result of the pseudo-final triumph over Brazil at the Maracana in 1950, but Uruguay may well win it again in Rio if one look at the past winners of the tournament. Let’s start from the 1950 edition. See below:

These are the winners between 1950 and 1982. But afterwards, something curious started happening. Go back and forth.

2006 – Italy won but Brazil should have retained their trophy 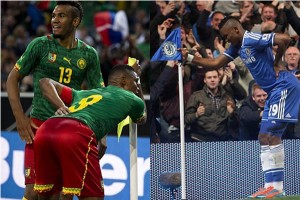 Jose Mourinho will have the last laugh on his former player and Cameroon forward Samuel Eto’o who uses every opportunity he has to take a jibe at the Portuguese. After scoring against Croatia in his team’s second World Cup game, the forward made for the corner flag to do his usual ‘old man-with-a-walking-stick’ celebration in mockery of Mourinho who once doubted his age. But alas, Eto’o fell in the process and had to be stretched off. He missed their last game against Brazil.

England will lose via penalty shootout; we know that already. But did we tell you Wayne Rooney will be blamed for the defeat? Yes, he will. The Manchester United player will be subjected to hate campaign from the English media and opposing fans when the new season in England begins. The good news is that Rooney will go the way of previously-hounded ex-Red Devils (Eric Cantona and Cristiano Ronaldo) and win the title for United. A hounded-to-success story, you might call it. 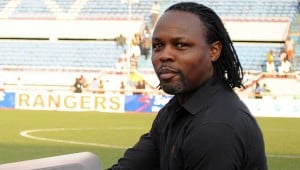 The Barclays Premier League is on break, so that means no punditry job for Victor Ikpeba. But one can safely predict that old habits die hard and that anywhere the ex-international viewed Brazil’s game with Croatia, he would have said: “…ref that was not a penaitea…” when Fred went down in the box.

Many Nigerians detest Mathematics, but they will resort to calculations when Super Eagles’ chances of progressing to the second round are down to figures! Knowledge of numbers of goals scored, goals conceded, and goals difference between Nigeria and closest opponents will be applied and reapplied when qualification becomes dire.

Heating up the polity

This used and misused cliché will dominate newspaper reports when the maths above still lead to elimination. The APC will accuse the PDP for Eagles’ shameful outing in Brazil, and PDP spokesman — sorry, the presidency’s media officer, will accuse the opposition of — you guessed right — “heating up the polity”!

The Nigerian delegation to Brazil led by the senate president will leave their mark on the beaches in Rio. The purpose of their trip is to relay the president’s goodwill message to the Super Eagles, but after meeting Stephen Keshi and his players for five minutes, the attraction of the sights and sounds in Brazil will be more appealing to the geriatrics.  They will make it back to Nigeria just before the 2016 Olympics!

That Twitter is Osaze Odemwingie’s favourite medium of communication is not in doubt. What will come as a shock is that despite past gaffes on this social networking site, Odemwingie will still return to this social media platform to pour out his mind about Keshi’s role in the team’s failure in Brazil, how the snoring of his Super Eagles roommates affected him on the pitch, why he’ll never play for the Eagles again. He will then concentrate on his club career but will be recalled in time for Maroc 2015 AFCON!

TV remote control, like power, will change hands in most homes during the World Cup. Viewers of Cartoon Network, AfricaMagic, and Telemundo will stay glued, albeit glumly, to SuperSport channels of champions for 30 odd days…until the BPL returns in August!

My pastor is always right

A Nigerian pastor will say God told him the cup is coming to Africa this year. The news will go viral but by the semifinal, the only Africans still in the World Cup will be the referees! The pastor is always right, his followers will say. Are there no blacks in the Brazilian team? Don’t they have African origin? Moreover, telecommunications giant, Airtel, are packaging a trophy tour to selected African countries after the tournament in Brazil. Is the trophy not coming to Africa, anyways?