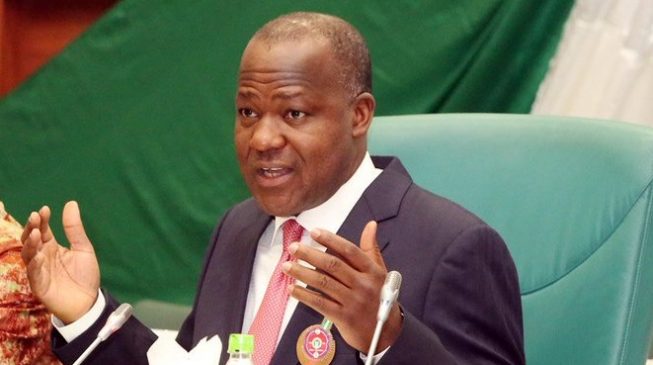 14:31 2018
Print This Article Share it With Friends
👤by Chinedu Asadu  0 Comments
Advertisement

Yakubu Dogara, speaker of the house of representatives, says Nigerians are “fast losing confidence” in the nation’s security system.

He said this on Tuesday while reacting to the killings in various parts of the country, the most recent being in Plateau.

Hundreds have been killed in crisis situations like clashes between herdsmen and farmers as well as attacks by suspected herders.

Delivering a speech at the resumption of the national assembly after a three-week recess, Dogara described the Plateau incident as a “national shame.”

“History will have a harsh verdict for us as a government if we fail to live up to this responsibility and it won’t matter if we succeed in other areas”, he said.

“Unfortunately, the stark reality now is that our citizens are fast losing confidence in our security system. This must not be the case. Before we ebb to the realm of anarchy, we must rise up as true representatives of the Nigerian people to salvage the situation and defend our hard-won democracy.”

Dogara added that the unresolved issue of rampant killings calls for more concerted efforts by the national assembly, and that it shows Nigeria’s security agencies “have fallen short of the demands of their offices and the expectations of the nation. ”

“Let me seize this opportunity to again call on all Nigerians to give peace a chance, and to have respect for the sanctity of life,” he said.

“Our citizens must never lose hope in project Nigeria because evil, no matter how viciously prosecuted, will never triumph over Nigeria.”

TWITTER @thecableng
Copyright 2020 TheCable. All rights reserved. This material, and other digital content on this website, may not be reproduced, published, broadcast, rewritten or redistributed in whole or in part without prior express written permission from TheCable.
Tags
BenuekillingsPlateausecurity agenciesYakubu Dogara
Advertisement