No cattle ‘roaming’, five-year jail term… what to know about the grazing law ‘tearing Benue apart’ 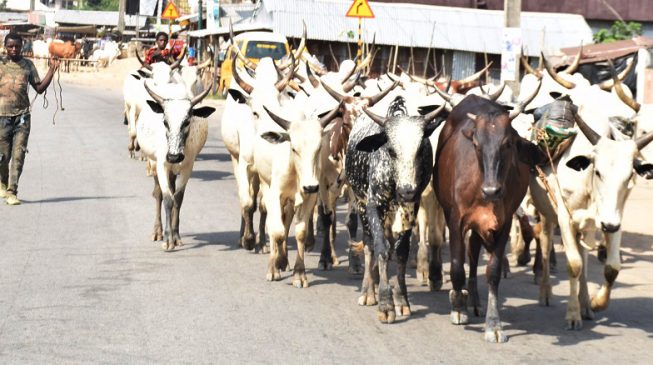 12:29 2018
Print This Article Share it With Friends
👤by Jamilah Nasir  1 Comment
Advertisement

In the first ten days of 2018, over 80 people died in the clashes between farmers and herdsmen in Benue state.

The crisis has lingered on for years without a lasting solution.

In a bid to curb these attacks, Samuel Ortom, governor of the state, signed the anti-grazing bill into law on May 22, 2017.

Although the governor said the law would put an end to incessant clashes, the attacks have since worsened since its implementation on November 1 of the same year.

Twenty persons who violated the law are currently languishing in detention. Herders have described it as a time bomb, seeking its amendment.

Here are some highlights of the law. 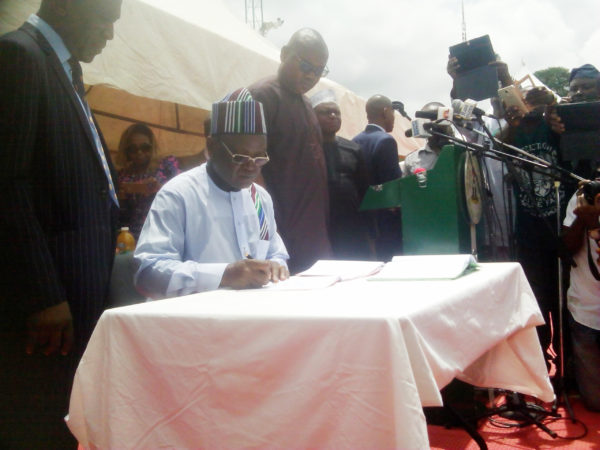 Ortom: Ranching is the solution to the crisis

The law defines open grazing as “the act of pasturing livestock to feed on dry grass, growing grass, shrubs, herbage, farm crops, etc, in open fields without any form of restriction”.

Those who promulgated the law said its main objectives include: “ to prevent the destruction of crop farms, community ponds, settlements and property by open rearing and grazing of livestock

“Prevent clashes between nomadic livestock herders and crop farmers. Protect the environment from degradation and pollution caused by open rearing and over-grazing of livestock.”

Having listed its objectives, the law vested its implementation on the livestock department of the ministry of agriculture and natural resources in the state.

The law states that interested ranchers are to submit in writing, an application alongside the consent of the owner of the land to be used for ranching, to the department. 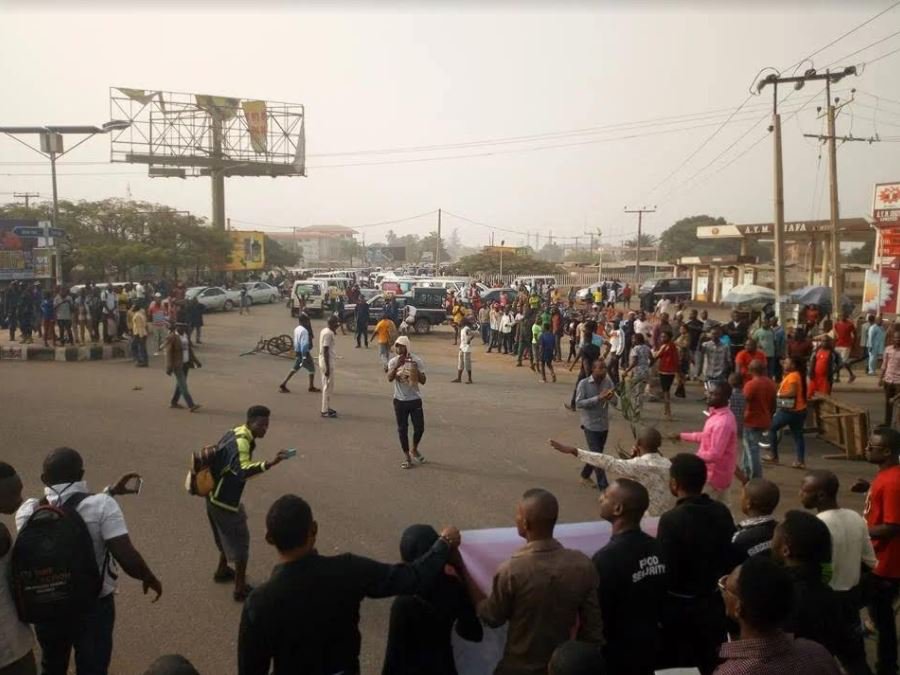 And after a series of processes and approval by the state governor, the department will within “thirty (30) days, issue a ranching permit to the rancher alongside regulations for fencing and other activities in accordance with this Law.”

However, the permit will be valid for only one year, and the rancher will have to go through another application process if he wishes to continue ranching.

According to the law, the department, will at its “discretion” issue a renewal.

It, however, agreed for indigenes of the state to set up personal ranches

“Permits must be for a period of not more than one year with renewal subject to the discretion of the Department,” the law read.

“Any indigene of Benue State who wishes to set up a personal ranch on his own land shall be exempted from the provisions of Section 5, 6, 7, 8 and 9.

“The permit may be revoked by the Department at any time subject to the approval of the Governor without the payment of compensation to the rancher for:

“(a) breach of State Security; (b) interest of peace; (c) breach of any term or condition of the leasehold; or (d) overriding public interest as stipulated by the Land Use Act.”

The law decreed a five-year jail term or N1m fine or both for herders found wanting.

“No individual or group shall, after the commencement of this law, engage in open nomadic livestock herding or grazing in the State outside the permitted ranches,” the law read.

“Any person or group of persons who contravenes sub-section (1) above shall be guilty of an offence and shall, on conviction, be liable to five years imprisonment or one million Naira (N1,000,000.00) fine or both.

NO MOVEMENT OF LIVESTOCK ON FOOT 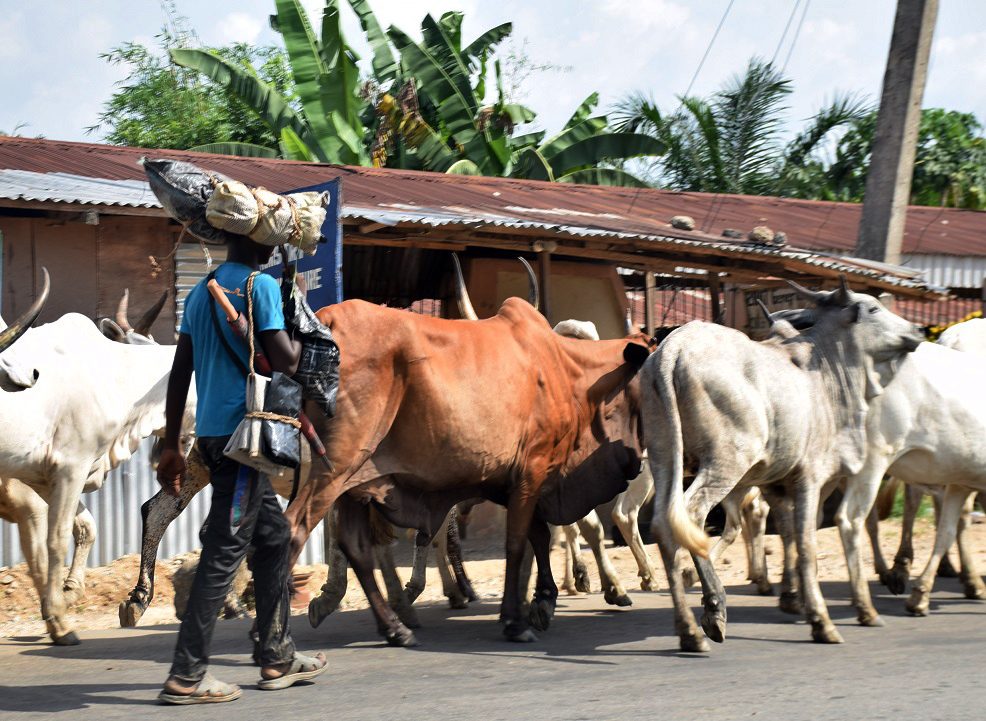 The law is against this

The law also prohibited the movement of livestock on foot within the state.

It said violators stand a fine of N500m or one-year jail term.

“Any person(s) found moving livestock on foot within or across urban centres, rural settlements or any part of the State commits an offence and is liable to: (a) for the first offender, Five Hundred Thousand Naira (N500,000.00) fine or one-year imprisonment or both

The law prohibits the possession of firearms by ranchers within or outside the ranch.

“Livestock owners, Managers and ranchers shall not possess firearms licensed or unlicensed on the ranch or outside the ranch,” the law reads.

“Any livestock owner, rancher or his agent who possesses or owns firearms or arms shall be prosecuted under the Robbery and Firearms (Special Provision) Act.

“All ranch operators may engage the services of registered security guards for the protection of their ranches.”

ONLY NIGERIANS TO GET RANCH PERMIT

It is no doubt that other than Fulanis, there are herders from neighbouring countries like Niger, Chad and Cameroon who rear livestock on the Nigerian soil.

But according to the anti-grazing law, only Nigerians will be leased land for ranching.

“Ranching permits shall be issued to citizens of Nigeria only who are authorised to conduct business under the laws of the Federal Republic of Nigeria,” the law read.

“Preference shall however be given in issuance of ranching permits to those within or near a district who are landowners interested in livestock business.” 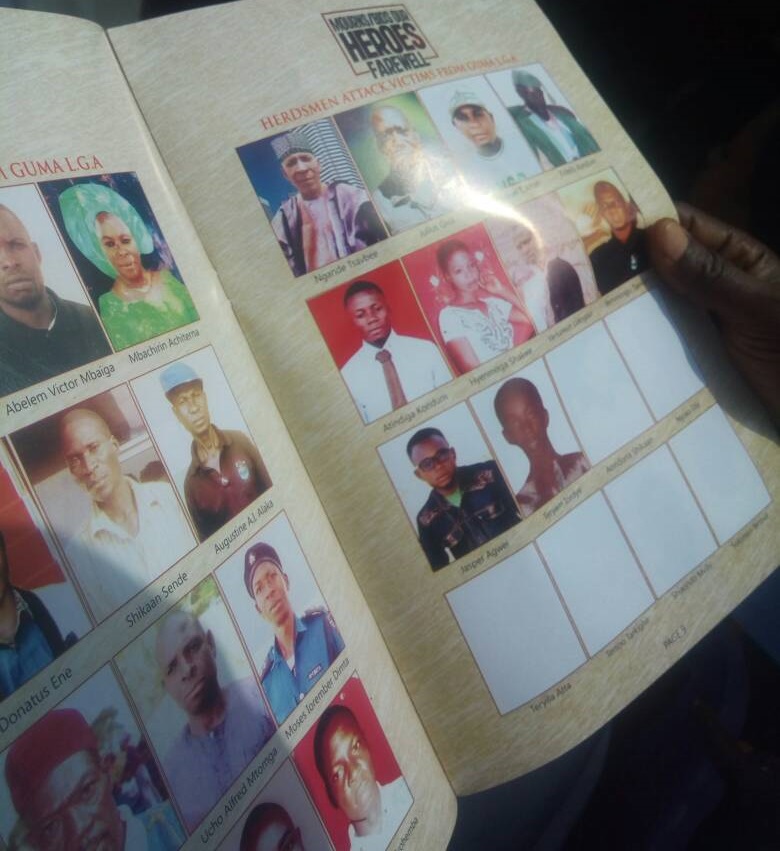 So, what happens to non-citizens?

The law granted immunity to the members of the livestock department of the ministry of agriculture and natural resources.

According to the law, “no member of the Department and the Livestock Special Task Force shall be liable to legal action, liability or demand on account of anything done, or omitted to be done in good faith and in accordance with the provisions of this law.”

ARE THERE GRAZING ROUTES IN BENUE?

In April 2017, the federal government said it would demarcate 6,000km cattle routes across the country.

Mahmud Bello, national coordinator, grazing stock routes, federal ministry of agriculture and rural development, said the plan is to prevent people, particularly farmers, from encroaching into stock routes, grazing areas and selling those areas that have been mapped out as graving reserves since 1962. 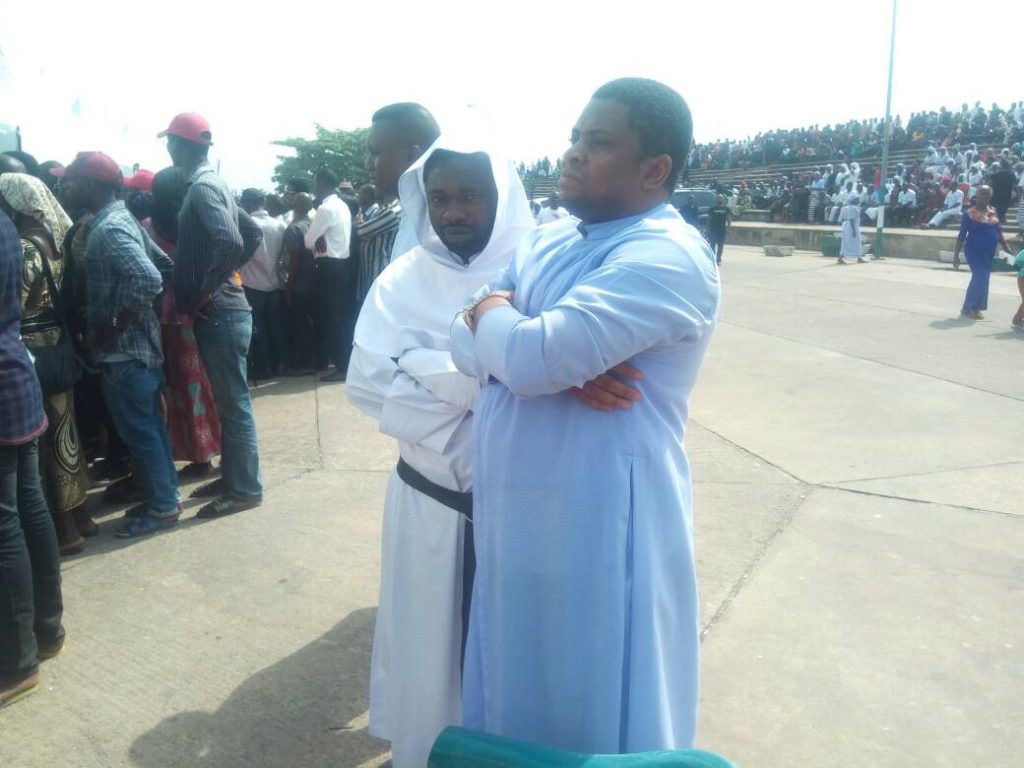 Some clerics at IBB Square, Makurdi, venue of a mass burial for victims. 74 graves had been dug as of 12pm when TheCable visited the place.

The government and association of herders have been locked in a battle over the crisis.

“From the Benue experience, it is clear that farming and open grazing cannot co-exist as a result of increasing population and increased farming activities,” Tahav Argezua, special adviser to Ortom on media and ICT, said in an interview in November.

But the herders see things differently.

TWITTER @thecableng
Copyright 2020 TheCable. All rights reserved. This material, and other digital content on this website, may not be reproduced, published, broadcast, rewritten or redistributed in whole or in part without prior express written permission from TheCable.
Tags
anti-grazingBenueHerdsmenLaw
Advertisement