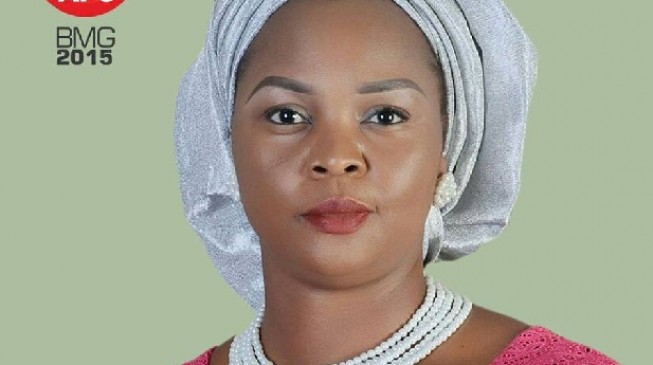 16:17 2015
Print This Article Share it With Friends
👤by TheCable  0 Comments
Advertisement

Supporters of Binta Garba, the only woman hoping to become the next senate president, have rejected claims made by Barnabas Gemade that the senate unity forum had endorsed Ahmed Lawan as the “consensus candidate” of the All Progressives Congress (APC) in the upcoming election for senate leader.

Thirty-five senators loyal to Bukola Saraki, former governor of Kwara state who is also a front-runner for the post, had earlier denied news of that Lawan was consensus candidate, saying that the national working committee (NWC) of the party had, in fact, zoned the position to the north-central, where Saraki hails from. Lawan, meanwhile, is from the north-east.

In its own denial, the UK arm of the party issued a statement to say Binta’s supporters were not aware that any consensus candidate had been picked, as the retreat was ongoing as at Saturday afternoon when news of Ahmed Lawan’s ‘consensus’ emergence began circulating.

“Lawan and his team had arrived late to the retreat,” Adenike Lucas, press secretary of APC UK, quoted a Binta supporter at the retreat as saying.

“The Yobe representative, who might have teamed up with Senator Akume’s team to achieve his aim of becoming senate leader, went off about 15 minutes of arriving to make a press briefing and left the retreat not long after that.

“The retreat is ongoing and contrary to the news by Senator Germade a consensus has not be reached.”

Lucas said “supporters of Hon Binta Garba say she is still in the run and have have taken to their social media to lend support the senator-elect”.

“Hon @GarbaBinta, the only woman contesting for the position of senate leader, received a number of support from fans on Twitter,” she added.

“A twitter account @Women2CanLead has been set up to assist the Adamawa born former house of reps member’s campaign to lead the eighth national assembly.

“A tweet from the @Women2CanLead stated that it “will be supporting her bid. Please consider following our journey #Women2CanLead.

“Hon Binta Garba, a fierce advocate for women rights, has been a voice for millions of voiceless Nigerian women and the oppressed, thus prompting her to take up the mandate to represent them in the federal house of representative, via the Kaduna south federal constituency.”