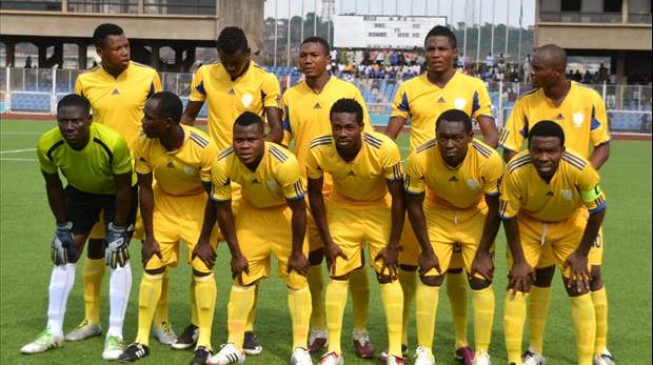 21:20 2017
Print This Article Share it With Friends
👤by Remi Sulola  0 Comments
Advertisement

Plateau United on Sunday returned to the top of the Nigeria Professional Football League table after defeating ABS of Ilorin 4-1.

Goals from Joshua Obaje in the 25th minute and a hat-trick from Reuben Bala in the 42nd, 70th and 90th minute secured the victory for United.

Despite topping the table before the weekend round of matches, MFM FC lost 0-1 to Gombe United, sending the Lagos-based team back to second position.

Katsina United defeated reigning champions Rangers by a solitary goal while the game between Enyimba and Rivers United ended 1-0 in favour of the seven-time champions.

Despite saving two penalty kicks, Ojo Olorunleke could not save Sunshine Stars from a 2-1 loss to Niger Tornadoes.

In some of the other matches played, Nasarawa United defeated Shooting Stars 1-0 in Lafia while El-Kanemi Warriors beat Lobi Stars 1-0 in Maiduguri.

TWITTER @thecableng
Copyright 2020 TheCable. All rights reserved. This material, and other digital content on this website, may not be reproduced, published, broadcast, rewritten or redistributed in whole or in part without prior express written permission from TheCable.
Tags
Abia WarriorsAkwa UnitedEnyimbaKano PillarsLobi StarsNPFLPlateau Unitedsport
Advertisement