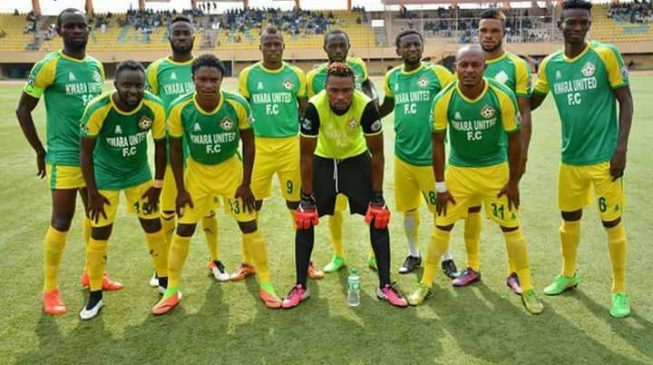 07:57 2018
Print This Article Share it With Friends
👤by Remi Sulola  0 Comments
Advertisement

Kwara United return to the top-flight after a two-year absence. TheCable assesses their chances in the new season of the Nigeria Professional Football League (NPFL).

Under the tutelage of former Flying Eagles gaffer, Kwara United played some of the most attractive football in the NNL division last season. The coach is sure to maintain his philosophy in the NPFL.

The club will be looking to avoid a repeat of their last appearance in the Nigeria Professional Football League (NPFL) where they secured promotion and got relegated immediately.

To boost the squad, Kwara United snapped up Ismail Gata and Aminu Abdulkadir. Meanwhile, Michael Ohanu and talented midfielder Stephen Alfred will be relied upon in the new season.

Ohanu, a dependable forward, finished last season with an impressive 22 league goals, while Alfred put in eye-catching performances throughout the year.

The priority for Kwara United will be to avoid dropping straight back down again.

Now in his third season at the club, Ohanu is Kwara’s go-to man for goals. He also creates scoring opportunities for his teammates. He was the top scorer of the 2017 NNL season.

If Gata is injury-free, he should deliver at least 10 goals for his hometown club. He could prove an astute signing for the Harmony Boys.

TWITTER @thecableng
Copyright 2020 TheCable. All rights reserved. This material, and other digital content on this website, may not be reproduced, published, broadcast, rewritten or redistributed in whole or in part without prior express written permission from TheCable.
Tags
Ismail GataJohn ObuhKwara UnitedLMCNPFLSport
Advertisement