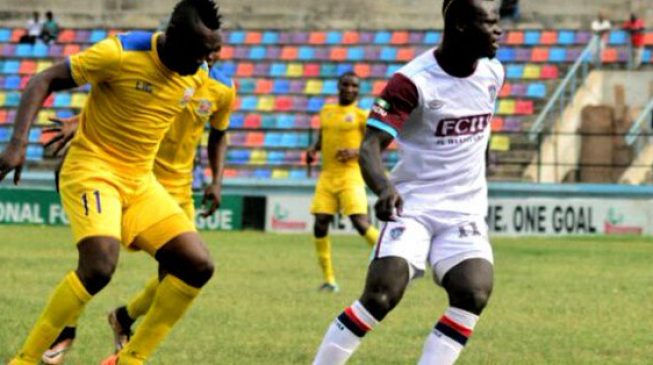 23:03 2018
Print This Article Share it With Friends
👤by Remi Sulola  0 Comments
Advertisement

Seven matches were played in the Nigeria Professional Football League (NPFL) on Sunday.

FC Ifeanyi Ubah got their third win of the season after goals from Ekene Awazie and Seka Pascal helped them to a 2-0 victory over Heartland FC in the oriental derby.

The Anambra Warriors are now out of the relegation zone with 10 points while the Naze Millionaires also have the same number of points.

Sunshine Stars and Kano Pillars played out a goalless draw at the Ondo Sports Complex.

Eta Otop found the back of the net for Go Round as they edged Abia Warriors 1-0.

TWITTER @thecableng
Copyright 2020 TheCable. All rights reserved. This material, and other digital content on this website, may not be reproduced, published, broadcast, rewritten or redistributed in whole or in part without prior express written permission from TheCable.
Tags
El KanemiEnyimbaFC Ifeanyi UbahKwara UnitedLMCLobi StarsNiger TornadoesNPFLSport
Advertisement