Obama earned lowest income of his presidency in 2015 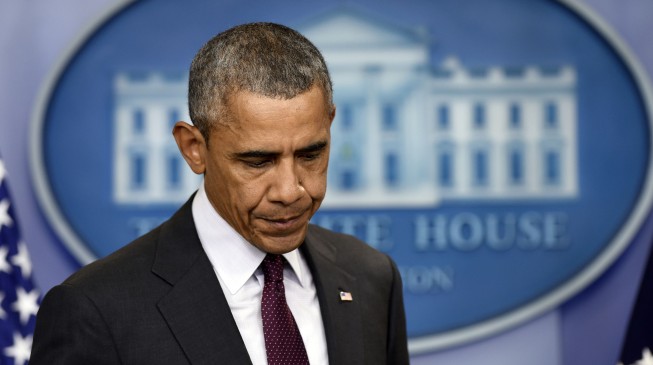 15:18 2016
Print This Article Share it With Friends
👤by Taiwo George  0 Comments
Advertisement

Tax returns which the White House released on Friday showed that President Barack Obama’s income fell to just over $436,000 in 2015, the lowest of his presidency.

He and Michelle, his wife paid nearly $81,500 in taxes, and the first family paid an effective tax rate of 18.7 percent.

The record also showed that the Obamas donated $64,000 to charity, the largest donation of $9,000, went to the Fisher House Foundation, which assists wounded military members and their families.

The 45 pages of documentation, which also includes an Illinois state tax return, shows a presidential salary of about $395,000, plus another $61,000 in payments stemming from Obama’s two best-selling books.

Last year, the couple reported making $94,889 from book sales — a sharp decline from the millions Obama made when book sales surged after his 2009 inauguration.

Obama and the first lady lowered their tax bill by claiming more than $145,000 in itemized deductions, including tax-deductible donations.

Overpaid on their taxes, the Obamas will be receiving a refund of nearly $23,000.

The Obamas reportedly paid just over $16,000 in state taxes in Illinois, where they own a home.

They contributed $5,000 to Sidwell Friends School, which daughters Sasha and Malia attend.

Obama, who will be leaving office in January, has revealed that his family plans to stay in Washington for a few years until youngest daughter Sasha finishes high school.

TWITTER @thecableng
Copyright 2020 TheCable. All rights reserved. This material, and other digital content on this website, may not be reproduced, published, broadcast, rewritten or redistributed in whole or in part without prior express written permission from TheCable.
Tags
Barrack ObamaMichelle ObamaWhite House
Advertisement