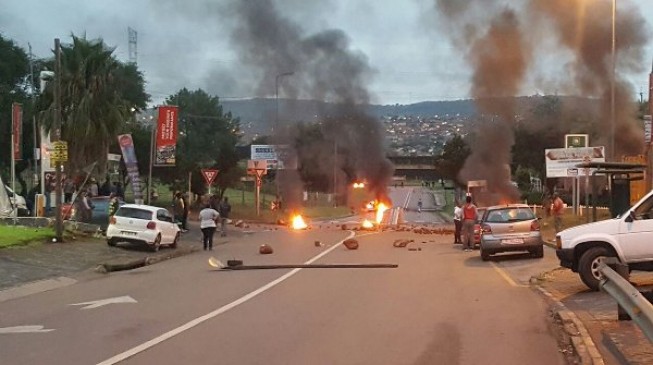 19:43 2017
Print This Article Share it With Friends
👤by News Agency  0 Comments
Advertisement

Speaking in Abeokuta when he received a delegation from the National Institute for Policy and Strategic Studies (NIPSS) Kuru, Jos, on Wednesday, Obasanjo described the development as “betrayal” of the struggle for the emancipation of South Africa against the apartheid regime.

He called on African heads of government to provide good leadership for their citizens as part of efforts to enhance regional integration.

“I will apportion more blame to the leadership of the South African government,” he said.

“While the immaturity of the youths can be excused, the leaders ought to realise the importance of unity and brotherliness in Africa.

“While I blame the youths of the country for the attacks, I will blame the leaders of any country more that allows xenophobic attacks against fellow Africans for whatever reason.

“African leaders should also step up measures at developing their countries and improve the living standards of their citizens.

“This will discourage our youths who because of under development and poor living standard seek greener pastures outside their countries.

“I feel disheartened learning that many of our youths perish while crossing the Sahara Desert or the Mediterranean Sea.”

The Nigerian community in South Africa has come under different attacks in recent times.

TWITTER @thecableng
Copyright 2020 TheCable. All rights reserved. This material, and other digital content on this website, may not be reproduced, published, broadcast, rewritten or redistributed in whole or in part without prior express written permission from TheCable.
Tags
Jacob Zumaolusegun obasanjoSouth Africa
Advertisement

15 killed as Plateau suffers another attack in two weeks

Omokri to Femi Adesina: S’west govs won’t set up Amotekun if security is better under Buhari

15 killed as Plateau suffers another attack in two weeks

Omokri to Femi Adesina: S’west govs won’t set up Amotekun if security is better under Buhari