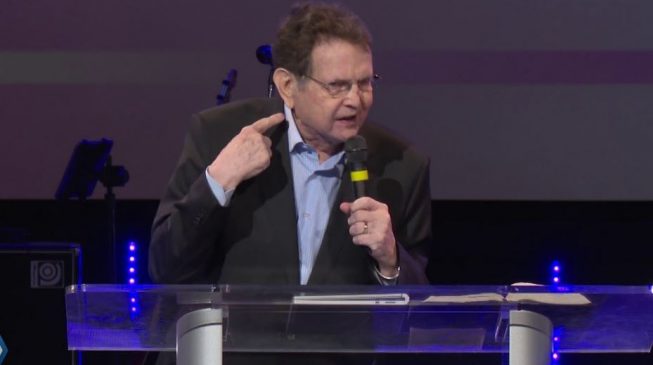 22:24 2019
Print This Article Share it With Friends
👤by Femi Owolabi  0 Comments
Advertisement

Like some biblical prophets who ask God for signs to show they are indeed called by Him, Reinhard Bonnke, too, would put his call to test at a time he thought of taking the evangelism work beyond Africa to America.

A few days after praying to God for a sign, the German-born preacher was in a local church in Nigeria, when the crowd ran to him. Unknown to him, a man allegedly killed in an auto accident and whose body was brought to the crusade had been raised back to life, just as Bonnke preached on. Almost a replica of biblical occasions where people got their healing by just being around Jesus Christ who moved from one place to the other, doing the work of His father. 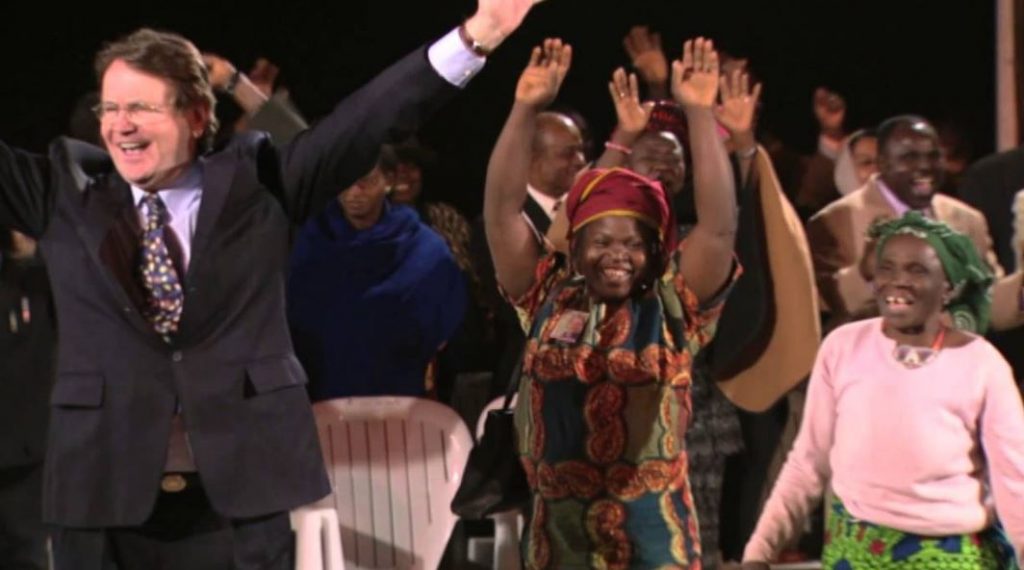 The wife of the man who had died learnt of Bonnke’s crusade in the town, and she held firmly onto her faith that her husband would be back to live if only she could get him to where Bonnke is.

“His wife was one with a promise from God that woman have received back the dead by resurrection. She said, ‘My husband will come back, and I have heard Reinhard Bonnke is in Onitsha this Sunday I will bring him there. She brought him there. I was preaching and I knew nothing about it. Suddenly, the man started to breathe. His story is awesome and what he was shown while he was in eternity,” Bonnke recounted in an interview with Christian Broadcasting Network.

In another interview with TheNews, Bonnke said he had “not seen often the dead raised. What we saw with Daniel Elechukwu of Onitsha, I had never seen before myself, with my own eyes. That was the first time coming out the coffin after three days in the mortuary. ‘Rigours mortis’ set in. He was like a piece of iron.”

For Bonnke, this landmark experience was such a powerful tool of evangelism.

Once, Jesus told a man whose son was going to die in Capernaum that except there are signs and wonders, people would not believe. This miracle at Bonnke’s crusade, indeed, drew more people to the evangelist and his subsequent outings were always crowded, and yes with those who came with bodies of dead relatives with that expectation.

NEVER THOUGHT MIRACLES COULD HAPPEN THROUGH HIM 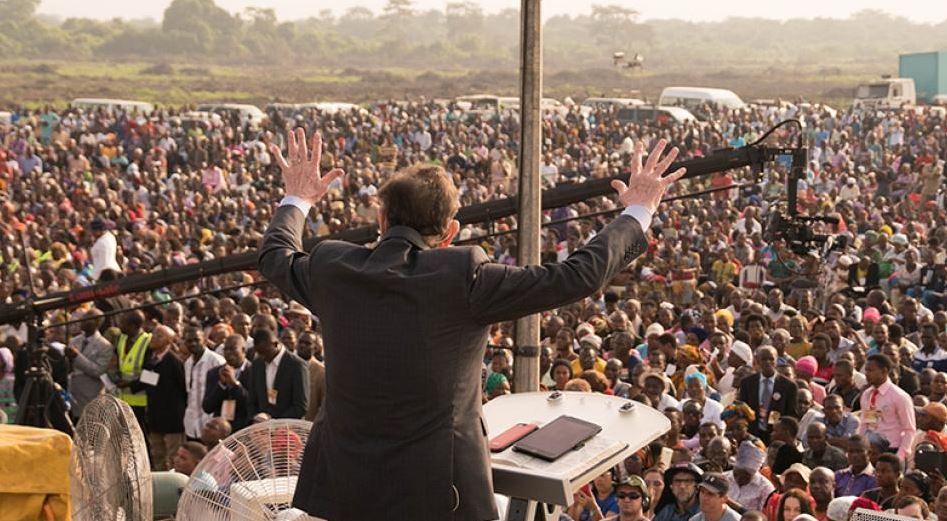 Bonnke doing what he knows best

As a budding preacher in Lesotho, Bonnke thought of himself as a missionary and not a “miracle worker.” He knew Jesus healed the sick, but he would not understand if that was his own calling. For his growing church then in Maseru, however, he needed to bring in preachers who God had been using for signs and wonders.

He was disappointed when one them he had invited failed to come for the meeting where people were expecting miracles. Angry, Bonnke went back to his church and what eventually happened set a turning point in his ministry.

“I drove to the venue, packed like never before. And I stood up and said to the people ‘the big man has left but Jesus stays. I started to preach,” he had said in the interview with TheNews.

“The point now is that I obey the Holy Spirit. I said to the people, how many totally blind people are here? Four stood up. I had the boldness of a lion all of a sudden and I said to them, you are going to see me stand on the platform in two minutes’ time. And then I shouted ‘In the name of Jesus, blind eyes open.’ I had not finished crying when I heard a scream from the congregation, ‘I can see’ and another one ‘ I can see’ and another one ‘I can see’ And on and on. Oh! That day I learnt that the Holy Spirit is a healing spirit because blind eyes opened, cripples were healed and power of God filled the people with crying: they were laughing, they were falling to the ground and there was pandemonium. It was a holy chaos. It was absolutely fantastic.”

Bonnke would then realise that the Holy Spirit had sent the “so-called great man of God” away because God had already “launched his own church.”

LIVED IN REFUGEE CAMP AS A CHILD

Growing up memories wasn’t a beautiful one for Bonnke who was born in 1940 in East Germany during World War II. His family had to flee and became refugees in Denmark.

“We lost everything. We went with our mother, we were six children. I was child number five and just four years old when we ran for our lives. Somehow we crossed the Balfic Sea by boat just to escape the Russians – Soviet forces at that time. We landed in Denmark,” he narrated in the interview.

All he knew then was barbed wire in a refugee camp, and this he said was why he had a very great compassion for displaced and poverty stricken people.

“I also remembered how we scratched for food just to survive. I had a very rough childhood,” he said.

THE ENCOUNTER THAT LED HIM TO CHRIST 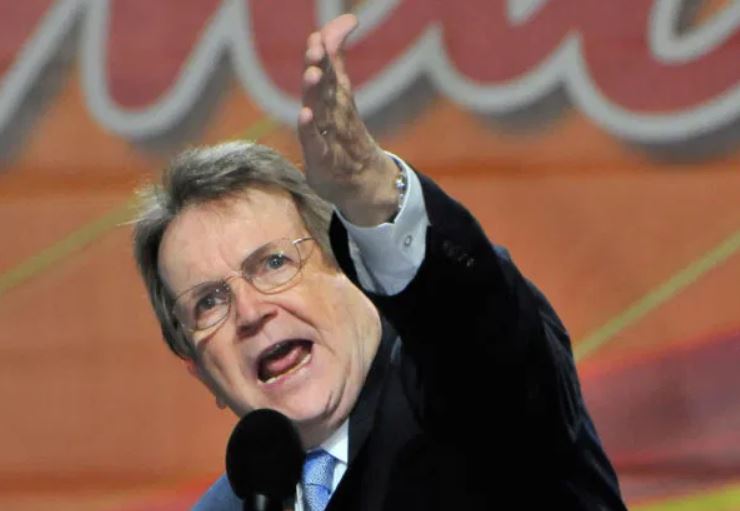 While at the refugee camp, Bonnke never knew what money was as there were none around for him to see and know its worth. He explained that the Danish government gave them food and they got some clothes and they lived four families in one room.

“As a nine-year old boy, I got back to Germany, I discovered money, I realised that with money I could buy sweets. And I stole some coins from my mother’s purse. I went out and bought sweets. She caught me red handed but instead of punishing me, because that was what I deserved, she put her hands around me and said ‘Reinhard, you are on your way to hell, because you are a thief.’”

That moment, the Holy Spirit touched the heart of the boy who would grow to become a renowned evangelist.

“I had made a petty theft; mother caught me and instead of punishing me she led me to Jesus Christ and I am eternally grateful,” he said.

As the book of Ecclesiastes reads; there is a time for everything; a time to be born and a time to die. After 79 years, in which a larger part was devoted to the work of Christ, Bonnke left this world on Saturday.

Bonnke who founded the international ministry of Christ for all Nations (CfaN), was credited to have overseen the recorded conversion of 77 million people to Christianity. In 2017, Bonnke said his last prayers for Nigeria, a country he started visiting in 1985. He also introduced Daniel Kolenda, his successor.

It could only be imagined, the melody from the angels as Bonnke exited this world to begin another journey.

Precious in the sight of the LORD is the death of his faithful servants- Psalm 116:15

TWITTER @thecableng
Copyright 2020 TheCable. All rights reserved. This material, and other digital content on this website, may not be reproduced, published, broadcast, rewritten or redistributed in whole or in part without prior express written permission from TheCable.
Tags
CfanReinhard Bonnke
Advertisement