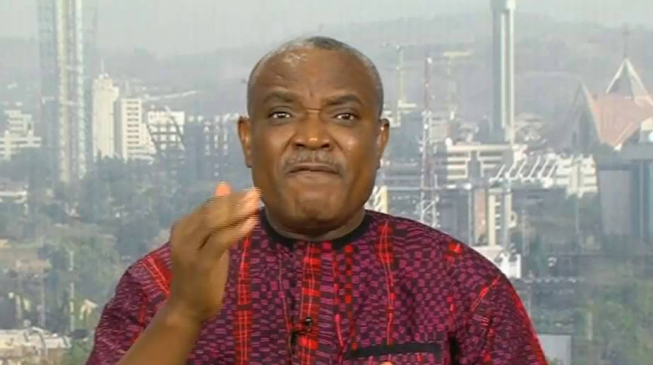 17:25 2019
Print This Article Share it With Friends
👤by Fredrick Nwabufo  0 Comments
Advertisement

Okoi Obono-Obla, chairman of the Special Presidential Investigation Panel for the recovery of Public Property (SPIP), says some ‘highly-placed individuals’ protecting persons under investigation for misappropriation of government funds are frustrating the panel.

The SPIP had come under scrutiny following its probe of some high-profile persons, one of which is Goddy Nnadi, general manager of the Petroleum Equalisation Fund (PEF).

The inspector-general of the police had ordered the withdrawal of police security attached to the panel over a petition by Aisha Usman, a senior staff member of PEF,  under probe.

In a statement on Monday, Obono-Obla said some public servants, whose accounts have been discovered to contain money unlawfully acquired, had resorted to false petitions and attacks on officials of the panel.

He said he received calls that the office of the panel had been sealed by armed policemen, but that he was yet to be briefed on the issue.

‘’It is time we call the myths out for what they are, as the news making the rounds appear to us as a smear campaign from people with their protectionist agenda in favour of persons being investigated,’’ he said.

‘’The efforts of the SPIP in the fight against corruption in Nigeria deserve to be recognised instead we are being dismissed with misleading scare stories and arm-twisting of the panel officials by ‘highly placed Nigerians’ wishing to protect some persons under investigation and thereby distracting the panel from carrying out its lawful mandate.’’

TWITTER @thecableng
Copyright 2020 TheCable. All rights reserved. This material, and other digital content on this website, may not be reproduced, published, broadcast, rewritten or redistributed in whole or in part without prior express written permission from TheCable.
Tags
Okoi Obono-OblaSpecial Panel on recovery of Public Property
Advertisement