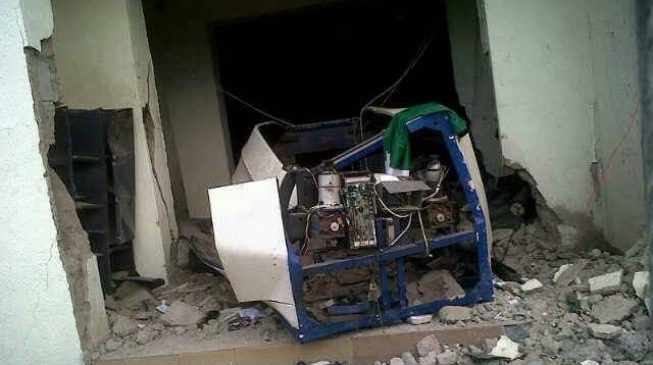 18:54 2018
Print This Article Share it With Friends
👤by News Agency  1 Comment
Advertisement

Lawan Ado, Kwara commissioner of police, says seven suspects have been arrested in connection with Thursday’s robbery attacks in Offa.

A number of injured victims are receiving treatment in different hospitals in Offa and Ilorin.

“Seven suspects were arrested; one at Igosun road and six others at different locations in Offa,” Ado told journalists on Saturday.

“They are helping us in our investigation and seven vehicles abandoned and recovered from the armed robbers, while some rifles were carted away by the robbers.

“The inspector-general of police has ordered a full investigation and has directed his Intelligence Response Team and others to assist in getting the robbers arrested.

“The Command wishes to express its heartfelt condolences to the families and friends of the victims while also wishing the injured quick recovery.”

TWITTER @thecableng
Copyright 2020 TheCable. All rights reserved. This material, and other digital content on this website, may not be reproduced, published, broadcast, rewritten or redistributed in whole or in part without prior express written permission from TheCable.
Tags
Kwara StateOffa robbery
Advertisement