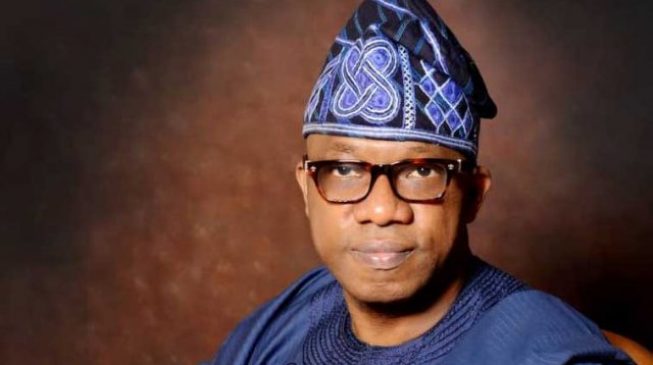 17:56 2019
Print This Article Share it With Friends
👤by Ebunoluwa Olafusi  0 Comments
Advertisement

At its sitting on Saturday, the tribunal, in a unanimous judgement, said the petition lacked merit.

In his petition, Akinlade, the preferred candidate of Ibikunle Amosun, former governor of the state, asked the tribunal to nullify the victory of Abiodun over allegation of over-voting in favour of the governor.

Akinlade also alleged that Abiodun lacked the qualification to contest the governorship election and prayed the tribunal to declare him the winner of the March 16  election.

But Yusuf Halilu, presiding judge and the chairman of the tribunal, described the petition as “lazy, deficient and shallow”.

The judge, in his ruling on the preliminary objections, struck out Akinlade’s application seeking disqualification of Abiodun on the grounds of submitting false academic qualification.

He said the issue of information about academic qualification in Abiodun’s sworn affidavit had been concluded at the appeal court.

Halilu said Akinlade’s petition was destined to fail “for lack of substance”.

“This petition is destined to fail, it failed and it is hereby struck out,” he ruled.

TWITTER @thecableng
Copyright 2019 TheCable. All rights reserved. This material, and other digital content on this website, may not be reproduced, published, broadcast, rewritten or redistributed in whole or in part without prior express written permission from TheCable.
Tags
Adekunle AkinladeAPCAPMDapo Abiodun
Advertisement