Okonjo-Iweala: We record 39,000 child marriages every day – this must stop! 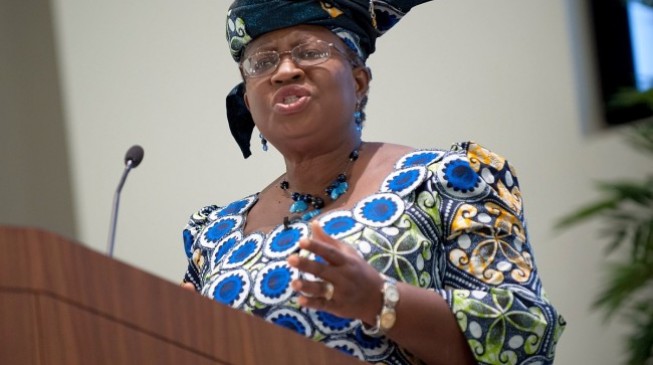 10:58 2016
Print This Article Share it With Friends
👤by Mayowa Tijani  0 Comments
Advertisement

Ngozi Okonjo-Iweala, development advocate and former minister of finance, says 39,000 girls under 18 years of age get married every day.

She therefore called for an end to child marriages.

In a speech for Human papillomavirus (HPV) vaccination, Okonjo-Iweala, who doubles as the Gavi board chair, said young girls must be protected against cervical cancer, which stems from HPV.

When you think of teenage girls, you might imagine common stereotypes, from the “mean girl” to the sullen high school student locked in her bedroom. The reality is that teenage girls are not only some of the world’s most marginalized people; they also have virtually unmatched potential to help build a better future for all.

As it stands, adolescent girls are routinely denied control over their destinies. More than 32 million of the poorest are currently out of school. Every day, 39,000 girls under the age of 18 become someone’s wife. For huge numbers of girls worldwide, reproductive rights seem like an impossible dream.

This situation is morally reprehensible, socially self-defeating, and economically foolish. By addressing it, we could not only protect millions of children; we could also tackle some of the greatest challenges facing the world today.
Consider the challenge posed by rapid population growth. Though population size seems to be leveling off in most parts of the world, it continues to rise fast in some regions, particularly those where girls face the highest barriers to success. In Africa, the population is expected to double by 2050 and quadruple by 2100.

If teenage girls were given the knowledge, skills, and tools to avoid unwanted pregnancy and take control of their own futures, fertility rates would drop substantially. These newly empowered and educated girls could then become agents for broader positive change within their communities.

Protecting the world’s young girls is a tall order. But countries worldwide have pledged, through the ambitious Sustainable Development Goals (SDGs), to fulfill it by 2030, including by ending child marriage and ensuring that all girls are in school. But if countries are to succeed in protecting and empowering girls, they must also embrace the promise of a key initiative: to expand access to the vaccine for human papillomavirus, which causes the vast majority of cervical cancer cases.

A relatively new development, the HPV vaccine is most effective on nine- to 13-year-old girls who have not yet been exposed to the virus, meaning that they have never been sexually active. This age requirement differentiates the HPV vaccine from most other childhood vaccines, which are mainly administered to infants.

At first glance, this might seem like a serious disadvantage, because the HPV vaccine cannot simply be incorporated into other vaccine initiatives. In fact, the age requirement provides an important opportunity to reach adolescent girls with other vital health services, such as reproductive education, menstrual hygiene, deworming, nutrition checks, vitamin shots, and general check-ups.

Encouragingly, developing-country governments have increasingly been demanding the HPV vaccine. This makes sense: of the 266,000 women who die from cervical cancer every year – an average of one every two minutes – 85% are in developing countries. If left unchecked, that figure is expected to rise to 416,000 by 2035, overtaking maternal deaths. For many of these countries, the HPV vaccine is not just an effective solution, one that prevents 1,500 deaths per 100,000 vaccinated; it is often the only solution, because the poorest countries lack the capacity to offer screening or treatment for cervical cancer. This is one reason why cancer experts, government officials, private-sector leaders, and civil society representatives met a few weeks ago in Addis Ababa for the tenth Stop Cervical, Breast and Prostate Cancer in Africa conference.

There is more good news: the foundations of an HPV-vaccine initiative have already been laid. In 2013, well before the SDGs were agreed, Gavi, the Vaccine Alliance, for which I serve as Board Chair, took steps to make the HPV vaccine available and affordable in poor countries. Since then, we have seen 23 countries introduce the vaccine through demonstration pilot projects, with five more set to follow.

But there are significant challenges ahead. While the focus on holding vaccination sessions in schools has proved successful, it is inadequate for reaching girls in countries with low school-attendance rates, especially in urban areas. Unless we find a way to reach the most vulnerable groups, no amount of political will or financing will be enough to achieve the SDGs to protect women and girls.

Given that only two Gavi-supported countries, both of which have relatively high enrollment rates, have so far introduced the vaccine nationally, it is not entirely clear how difficult it will be to overcome this challenge. As we move away from demonstration projects toward a more efficient and cost-effective system of phased national scale-ups, we should gain a better sense of what to expect.

We do have some ideas for reaching girls who are not in school – beginning with community health centers. As it stands, women are most likely to go to a community health center when they are pregnant, or to have their infants vaccinated. But by engaging with community leaders and parents to raise awareness of cervical-cancer prevention and address other local health concerns, we are finding that it is possible to generate demand and achieve good turnout at these centers.

Ensuring that all girls have access to the HPV vaccine would improve countless lives, not only by reducing rates of cervical cancer, but also by enabling the provision of numerous other critical services. It is an opportunity that should be on the minds of cancer experts, government officials, and representatives from the private sector and civil society. And it is an imperative for all of the 193 governments that have signed up to the SDGs. We must not let our girls down.

TWITTER @thecableng
Copyright 2019 TheCable. All rights reserved. This material, and other digital content on this website, may not be reproduced, published, broadcast, rewritten or redistributed in whole or in part without prior express written permission from TheCable.
Tags
GaviHPVngozi okonjo-iweala
Advertisement