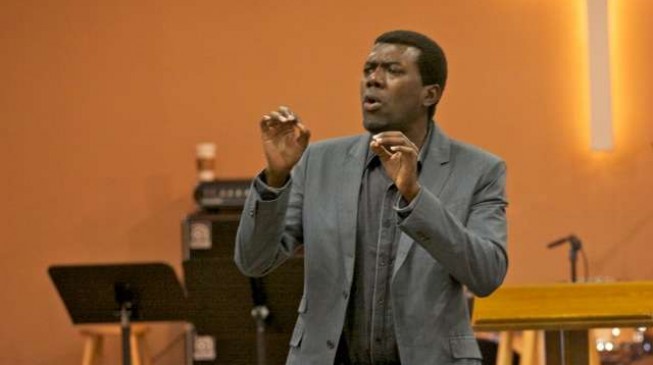 22:40 2019
Print This Article Share it With Friends
👤by Haleem Olatunji  0 Comments
Advertisement

A group known as The Global Economic Policy Initiative (GEPIn) says Reno Omokri, a former aide of ex-President Goodluck Jonathan, is embarrassing the former president with his statements.

In a statement on Wednesday, Bernard Okri, president of the group, accused Omokri of issuing misleading statements on behalf of Jonathan.

In a bid to refute a claim by Vice-President Yemi Osinbajo that Nigeria had about 112.7 million people living in extreme poverty as of 2010, Omokri described the vice-president as a liar.

But Okri said Omokri is just tarnishing the image of the former president.

“Mr. Omokri has a record for impersonation but who would have thought that he would do it to his former boss and former President of Nigeria,” he said.

“In an attempt to slander Vice President Yemi Osinbajo on the poverty figures that he quoted while addressing the Council of Foreign Relations in New York City he dented the reputation and goodwill of his former boss.”

Okri said Osinbajo was right when he said the poverty level in Nigeria as at 2010 was over 112 million, which was over 67 percent of Nigeria’s population at the time.

He said Nigeria only became the poverty capital of the world because the Peoples Democratic Party (PDP) which had been in government impoverished Nigerians.

“This is a disgrace to President Goodluck Jonathan, he has made him the laughing stock of the world, I think he deserves better than to be dragged in the mud by Mr. Omokri. A simple Google search would have saved both of them this embarrassment.

“He (Omokri) has record of telling lies. Nigerians still remember Wendell Simlin, the name Mr. Omokri stole in his bid to blackmail then former CBN governor, Sanusi Lamido Sanusi, accusing him of sponsoring Boko Haram but he was busted.

“He has a past and most us know that he relies heavily on this type of activity to survive, things have not been easy for him since the PDP left government. We should engage in constructive criticism if we really want Nigeria to succeed, persons like Mr. Omokri exude bad vibes, Nigerians should not believe anything he says.”

TWITTER @thecableng
Copyright 2019 TheCable. All rights reserved. This material, and other digital content on this website, may not be reproduced, published, broadcast, rewritten or redistributed in whole or in part without prior express written permission from TheCable.
Tags
Goodluck JonathanPoverty IndexReno OmokriYemi Osinbajo.
Advertisement