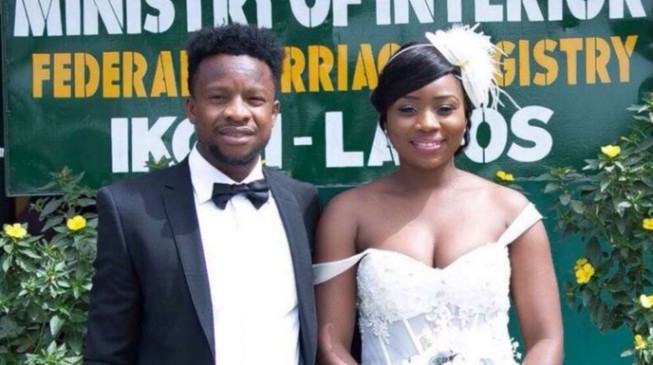 18:20 2016
Print This Article Share it With Friends
👤by Remi Sulola  0 Comments
Advertisement

Ogenyi Onazi, Super Eagles and Lazio midfielder, is set to complete the final rights of his marriage to his long-time fiance Sandra Osagioduwa Ogunsuyi on June 18, 2016.

On December 29, 2015, the couple formalised their over-four-year courtship at the Ikoyi Lagos registry in front of friends and family.

The couple were engaged officially for over one year before taking the big leap, and are now set to complete all the marriage rights.

The reception then holds immediately after the Church service at the same venue.

Onazi, one of the stars of the Super Eagles, made his debut in 2012 and has since won 36 international caps.

His wife Sandra is a graduate of public administration.