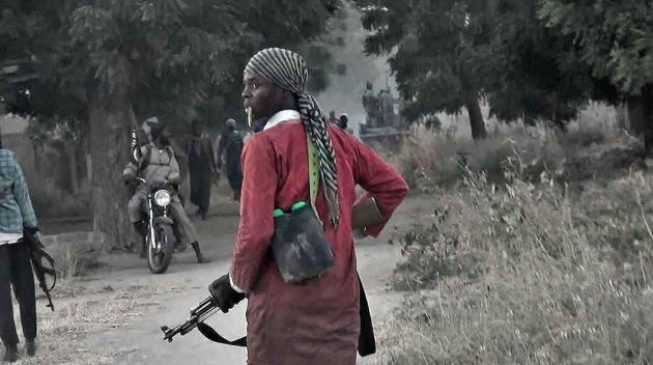 16:11 2019
Print This Article Share it With Friends
👤by Jamilah Nasir  0 Comments
Advertisement

Rumours of impending attacks by Boko Haram insurgents in Ondo state have forced some commercial banks to halt operations.

A letter reportedly addressed by a security agency to Undie Adie, the state commissioner of police, had alleged that the group was planning to attack banks in Akure, the state capital, Owo and Akoko areas of the state.

This caused banks in the said areas to shut down, preventing people from engaging in banking activities.

The state police command, however, has assured the people that it has put adequate measures in place to ensure the security of their lives and property.

Femi Joseph, the command spokesman, said in a statement that 24-hour surveillance has been placed on all financial institutions and other public utilities in the state.

“The Ondo State Police Command hereby reassures the general public especially the banking community across the state that adequate security has been put in place to protect their lives and property throughout the ’ember’ months and beyond,” the statement read.

“The banking community and other financial institutions are enjoined to go about their normal businesses as our men have been put on red alert to prevent any act of criminality anywhere in the state.

“The people of the state are also advised to be conscious of events around them and quickly alert the police should they suspect or observe anything strange or unusual.

“We have emplaced 24-hour surveillance on all financial institutions and other public utilities across the state.

“Citizens should not exercise any form of anxiety or apprehension as the police are on top of the security situation in the state.”

TWITTER @thecableng
Copyright 2020 TheCable. All rights reserved. This material, and other digital content on this website, may not be reproduced, published, broadcast, rewritten or redistributed in whole or in part without prior express written permission from TheCable.
Tags
banksboko haramOndo
Advertisement