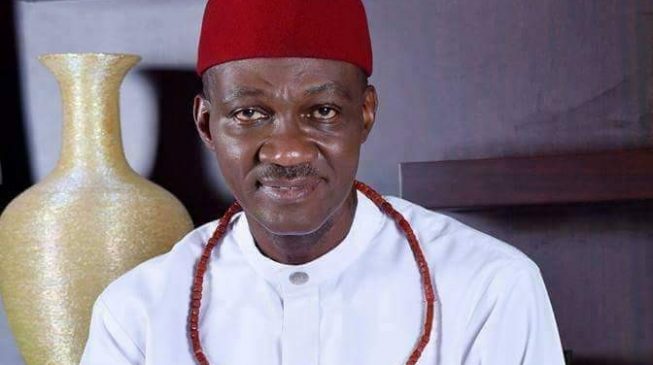 09:14 2019
Print This Article Share it With Friends
👤by Jamilah Nasir  0 Comments
Advertisement

Ojougboh, who did not name the senator, said 120 of the contracts have been fully paid for, saying that the contracts are being investigated.

Speaking during a press briefing in Abuja, he said the commission is owing N3 trillion in contract sum and that the ongoing forensic audit would help uncover how the debt was accrued.

The federal government had inaugurated a three-man committee to oversee the operations of the NDDC.

President Muhammadu Buhari recently ordered a forensic audit of the operations of the commission from 2001 to 2019.

The president said the directive became imperative in view of the persistent criticisms of the operations of the commission.

Ojougboh accused the unnamed senator of sabotaging the efforts of the interim committee.

“Somebody who is particularly interested in a major contract of the NDDC, who is a member of the Senate of the Federal Republic of Nigeria, he alone has 300 jobs in the NDDC. Of the 300 contracts, 120 has been fully paid and he has not mobilised to site for these 120,” Ojougboh said.

“It is obvious that the reason he is behaving the way he is behaving is that he wants the system, the looting in the NDDC to continue, and this is what the Interim Management Committee will not support. It is as simple as that.

He said the commission is owing some of its workers 15 years salary arrears.

“All they want is to bring puppets to manage the forensic audit because they know that the members of the IMC will not compromise. If you look at the records at the NDDC, you will cry,” he said.

“Some genuine people that have done jobs for the board have not been paid for over 15 years and their families are suffering. Many of those who were paid are these phantom contractors.

TWITTER @thecableng
Copyright 2020 TheCable. All rights reserved. This material, and other digital content on this website, may not be reproduced, published, broadcast, rewritten or redistributed in whole or in part without prior express written permission from TheCable.
Tags
interim commiteeNDDCSenator
Advertisement