Opeyemi Bamidele: Doctors who treated me in London became born again after my miraculous healing 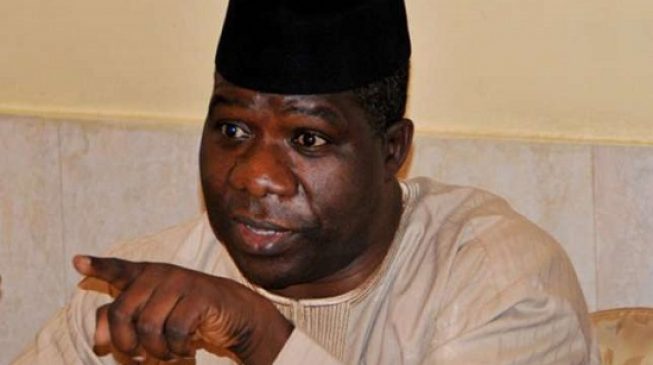 11:54 2018
Print This Article Share it With Friends
👤by Taiwo Adebulu  0 Comments
Advertisement

Opeyemi Bamidele, a former member of the house of representatives, says the doctors who treated him in London became born again due to his miraculous healing.

In June, he was hit by bullets from a policeman who released sporadic shots at a rally of the All Progressives Congress (APC) in Ado-Ekiti.

In an interview with Tribune, Bamidele said the doctors told him that it was not money that saved his life but a miracle.

The former director-general of Kayode Fayemi campaign in the Ekiti governorship election, said aside the doctors who became born again due to the miracle, others who believed in God became more dedicated.

“It wasn’t money that saved me, but I received the grace of God. Many of the doctors who treated me in London, who were not godly became born again because of me, while those who believed in God became more dedicated,” he said.

“I was shot in the stomach and thigh. In spite of these, I escaped, I didn’t die. This was because of the prayers of my people here in Ekiti and all over Nigeria.

“It was a miracle that I survived. It was God that did it. I thought I would spend more than a year in the London hospital, but I only spent less than 50 days after which I got miraculous healing.

“I want to thank the good people of Ekiti state across party lines and religious divides. It was their prayers and love that saved me from untimely death.”

TWITTER @thecableng
Copyright 2020 TheCable. All rights reserved. This material, and other digital content on this website, may not be reproduced, published, broadcast, rewritten or redistributed in whole or in part without prior express written permission from TheCable.
Tags
EkitiOpeyemi Bamidele
Advertisement