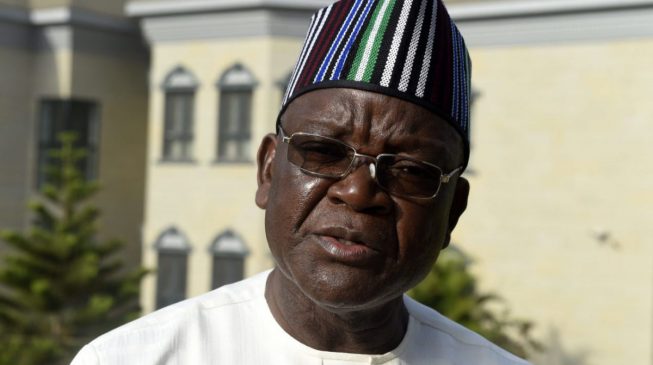 13:17 2018
Print This Article Share it With Friends
👤by Dyepkazah Shibayan  0 Comments
Advertisement

The Economic and Financial Crimes Commission (EFCC) has asked the government of Benue state to release details of the state’s security meetings.

Terver Akase, spokesman of Samuel Ortom, governor of Benue, disclosed this to TheCable on Wednesday.

Akase said the anti-graft agency requested details of the meetings between 2015 and 2018.

The governor’s aide wondered if the EFCC had become a security regulatory agency.

“What does EFCC want to do with minutes of Benue State security council meetings? Has EFCC moved from fighting crimes to a security regulating agency?” he asked.

“It has asked for minutes of the state security council meetings between 2015 and 2018. What does EFCC want from Benue state?”

Shortly after Ortom defected from the All Progressives Congress (APC) to Peoples Democratic Party (PDP) in July, the EFCC said it was probing him for an alleged diversion of N22 billion meant for security.

The commission alleged that less than N3 billion of the amount was spent on security agencies working to curb the farmers-herders crisis that has bedevilled the state.

Thereafter, accounts belonging to the state government was frozen by the EFCC but the restrictions were lifted on August 9.

Akase had said that Ortom was being witch-hunted for leaving the APC.

Wilson Uwujaren, EFCC’s spokesman, is yet to respond to TheCable’s inquiries on the development as he neither responded to calls or text message.

TWITTER @thecableng
Copyright 2020 TheCable. All rights reserved. This material, and other digital content on this website, may not be reproduced, published, broadcast, rewritten or redistributed in whole or in part without prior express written permission from TheCable.
Tags
BenueEFCCMinutes of security meetingsTerver Akase
Advertisement