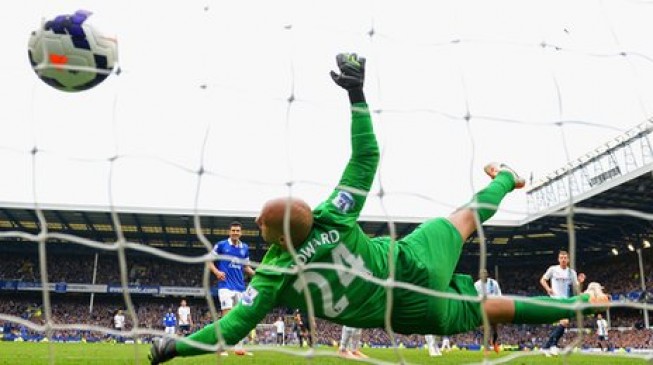 21:34 2014
Print This Article Share it With Friends
👤by David Oputah  0 Comments
Advertisement

Osaze grabbed the first goal for Stoke city in the 39th minute to open the goal gates, as Stoke City trumped Fulham by four goals to one. The defeat condemned Fulham to relegation from the Premier League.

Like his compatriot, Ameobi grabbed the opener for Newcastle United in the 18th minute to help inflict a 3-o defeat on Cardiff City. In the same vein, the loss ensures the demotion of Cardiff to the English Championship.

However, Manchester City got maximum three points in a keenly-contested match at Goodison Park against home boys, Everton. Ross Barkley scored first for Everton in the 11th minute, but City fought hard and deservedly got the equalizer through Sergio Aguero in the 22th minute.

Edin Dzeko then found the back of the net twice to make it three for City and render Romelu Lukaku’s 65th minute goal a mere consolation.

The win moves Man City ahead of title contenders Liverpool on the league table. The two teams are tied on 80 points, but City retains a superior goals difference of 59 to Liverpool’s 50.

Also in the EPL, Ryan Giggs tasted his first defeat as a manager, as Sunderland defeated Manchester United by a single goal at Old Trafford.

TWITTER @thecableng
Copyright 2019 TheCable. All rights reserved. This material, and other digital content on this website, may not be reproduced, published, broadcast, rewritten or redistributed in whole or in part without prior express written permission from TheCable.
Tags
Cardiff CityEnglish Premier LeagueEvertonFulhamManchester CityNewcastle UnitedOsaze OdemwingieShola AmeobiStoke City
Advertisement

FACT CHECK: Nigeria told UN that 7 varsities run strictly on renewable energy, but is this true?