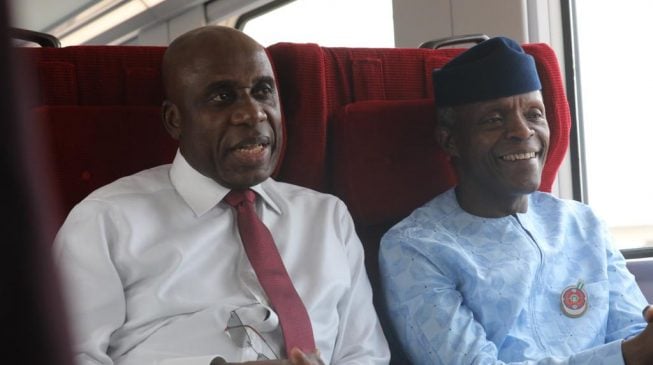 20:41 2019
Print This Article Share it With Friends
👤by Haleem Olatunji  0 Comments
Advertisement

He said this during the official ground-breaking ceremony of the Wagon assembly plant in Kajola, Ogun sate, on Saturday.

Osinbajo said the plant, which is a private investment undertaken by CCECC, a Chinese company, is “central in the production of rolling stock spare parts and maintenance equipment needed for the railway modernization programme being implemented by the administration of Muhammadu Buhari.”

He said after its completion, the plant would produce some parts of the wagons for the Lagos–Ibadan and Abuja–Kaduna rail lines.

“This ceremony is not just another event, it is a historic turning point, for us, the railway is not just an alternative and comfortable mode of travel, it holds the master key to transforming commerce in Nigeria and across the continent,” he said. 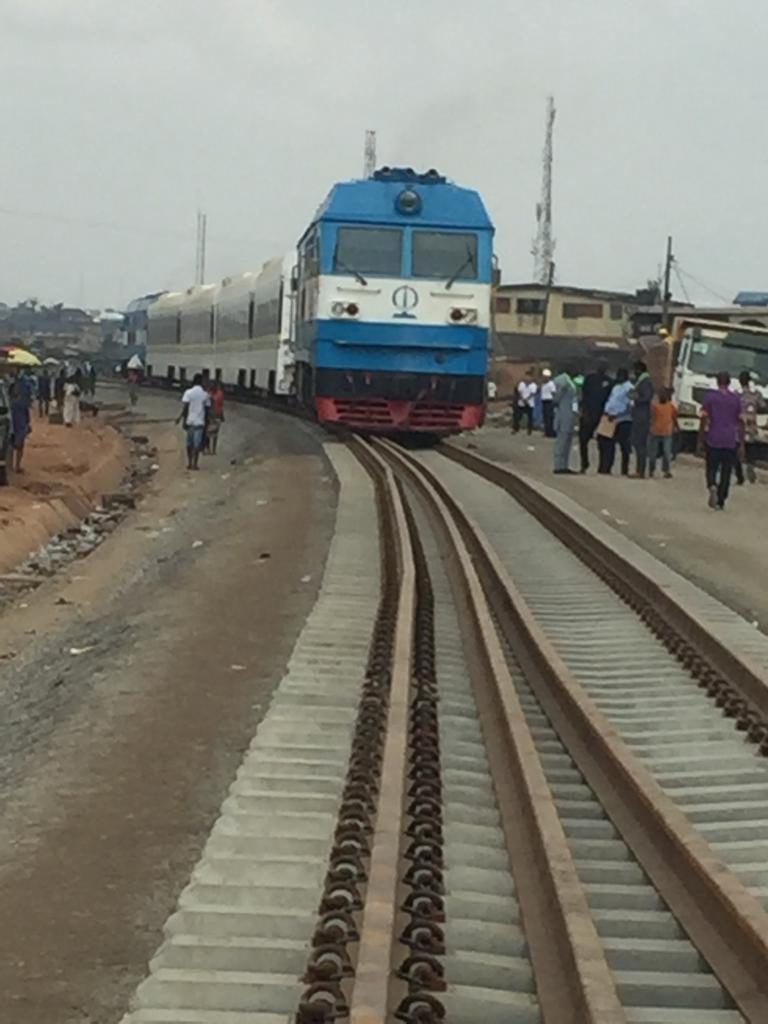 The train which conveyed Osinbajo from Iju to Kajola

“By linking our ports to rail lines and now, building the rolling stock locally, import and export business within and out of Africa’s largest market will be completely transformed. When completed, it is expected that the plant would produce some parts of the wagons for the Lagos – Ibadan and Abuja – Kaduna rail lines, but also for the central rail lines and to satisfy the needs of other rail operators within the West-African sub-region.”

The vice-president commended CCECC for the investment, adding that the project will provide a platform for obtaining technical knowledge on rails.

He also said the plant will generate 5,000 direct and indirect jobs.

“The plant would offer an important platform for engineers, technicians, artisans and other professionals to gain the specialized skills required for the production and maintenance of rolling stock,” he said.

“This will invariably conduce to spin-off businesses in the region of operation in particular and across the country wherever rail networks are in existence. The plant is expected to generate about five thousand (5,000) direct and indirect jobs.”

Osinbajo said the federal government is optimising the Lagos-Ibadan rail modernisation project by extending it to the Apapa port.

“Also, we are putting all mechanisms in place to achieve the swift completion of the Ibadan Inland Dry port which will off-take containers and cargoes from Apapa port through the Lagos – Ibadan rail line,” he said.

TWITTER @thecableng
Copyright 2020 TheCable. All rights reserved. This material, and other digital content on this website, may not be reproduced, published, broadcast, rewritten or redistributed in whole or in part without prior express written permission from TheCable.
Tags
CCECCrailwayYemi Osinbajo.
Advertisement