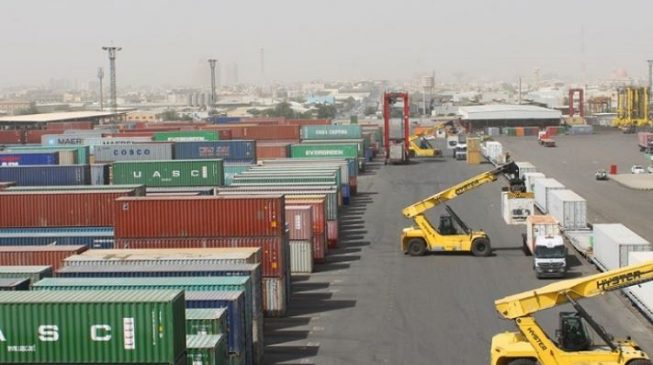 14:52 2019
Print This Article Share it With Friends
👤by Oluseyi Awojulugbe  0 Comments
Advertisement

Izuwah made this known on Thursday when he led the management of the ICRC to inspect some federal government projects in Kano, which included the dry port and the Oasis Oxygen Plant project at Aminu Kano Teaching Hospital.

He said the locations being considered are Dagbolu in Osun state, Lolo in Kebbi state, Onitsha in Anambra state and Ogwashi-Uku in Delta state.

According to Izuwah, Nigeria’s seaport facilities have been over-stretched.

“Conventional ports, which have always been congested by moving the consignments to the nearest dry port as soon as they arrived where their owners would clear and deliver to their respective warehouses and destinations at less transport cost and stress,” he said.

“For effective coverage of the hinterlands across the country, there are seven approved locations for the Inland Container ICDs, which are under concession with Private Sector Operators.

The ICRC boss said the federal government is also committed to the speedy completion of the Dala Inland Dry Port at Zawachiki in Kumbotso, Kano adding that the inland container depots (ICDs) in Nigeria are catalysts for trade stimulation.

“It receives containers by rail or road from the seaport for inspection and clearance by Customs as well as other relevant Authorities,” he said.

“It has all the loading and off-loading equipment needed to handle containers.

“Other benefits include providing the impetus to revive and modernise the railway as a primary mode for long-distance haulage as well as to assist in the overall costs of cargo to hinterland locations and transit cargoes to landlocked countries.”

TWITTER @thecableng
Copyright 2020 TheCable. All rights reserved. This material, and other digital content on this website, may not be reproduced, published, broadcast, rewritten or redistributed in whole or in part without prior express written permission from TheCable.
Tags
Dry PortInfrastructural Concession Regulatory Commission (ICRC)
Advertisement