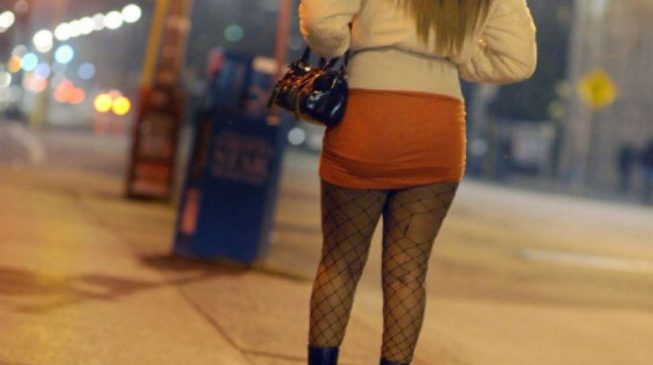 19:33 2019
Print This Article Share it With Friends
👤by Jamilah Nasir  1 Comment
Advertisement

Home Office, a UK ministerial department responsible for immigration, says trafficked women from Nigeria who get wealthy from prostitution are held in high esteem upon their return to the country.

Making reference to the 2018 UK annual report on modern slavery published by the Home Office, it said Nigeria is the 5th most common country of origin of potential victims of modern slavery.

It said while the victims are subjected to reprisals when they return home, those who get wealthy “enjoy high social-economic status”.

The statement irked members of parliament and anti-trafficking/anti-slavery activists in the UK who berated the department, asking it to tender an apology.

“Some female victims of trafficking who return to Nigeria may be subject to reprisals or re-trafficking, particularly those who have been trafficked for sexual exploitation and have an outstanding debt to traffickers,” the report read.

“The person’s family may also be subject to intimidation, threats and attacks. In some cases, a person’s family or community may have been complicit in the trafficking or put pressure on them to pay any outstanding debt or provide an income, which may raise the risk of her being re-trafficked. A person may also be shunned by her family and experience societal discrimination and stigmatisation.

“However trafficked women who return from Europe, wealthy from prostitution, enjoy high social-economic status and in general are not subject to negative social attitudes on return. They are often held in high regard because they have improved income prospects.”

But Charlotte Proudman, a human rights lawyer, said home office’s report is different from what she has seen while defending women in immigration courts.

According to her, most of the women are destitute and are often rejected by their family, while asking home office to issue an apology.

“The Home Office’s deplorable policy on the trafficking of women in Nigeria shows the hostility that women victims face in claiming asylum in the UK. Suggesting that trafficked women are wealthy and enjoy a [high] socioeconomic status is fundamentally wrong,” The Guardian quoted her as saying.

“The women that I represent in immigration courts often suffer from PTSD [post-traumatic stress disorder] and are always destitute. They have usually been raped repeatedly and beaten and their family have disowned them. Some even face the risk of violent reprisals on return home. The abuse they experience is akin to slavery.

“The picture painted by the Home Office is far from reality and serves only to further myths about prostitution and sex trafficking. The policy will no doubt encourage decision-makers on behalf of the home secretary to refuse even more asylum claims.

“The Home Office needs to issue an apology and immediately amend the policy.”

Kate Osamor, Labour MP and chair of the all-party parliamentary group on Nigeria, said home office’s comment made prostitution “look like a job”.

She said of all the stories of trafficking they heard “there was no happy ending” while also demanding an apology.

“It shows the Home office doesn’t trust people who go through these experiences. You’d expect authorities to take them in, listen and unpack their experience and not treat trafficking like it’s a job,” Osamor said in a tweet.

Currently "It shows the Home office doesn't trust people who go through these experiences. You’d expect authorities to take them in, listen and unpack their experience and not treat trafficking like it’s a job". https://t.co/wxFkXNvVDD

Diane Abbot, member of parliament for Hackney North and Stoke Newington, described the advice as “disgusting”.

Disgusting 'advice' from Home Office on trafficked women from Nigeria. This should be disowned by Sajid Javid immediately https://t.co/fOy63idDTA

TWITTER @thecableng
Copyright 2020 TheCable. All rights reserved. This material, and other digital content on this website, may not be reproduced, published, broadcast, rewritten or redistributed in whole or in part without prior express written permission from TheCable.
Tags
ApologyHome officeimmigrationprostitution
Advertisement