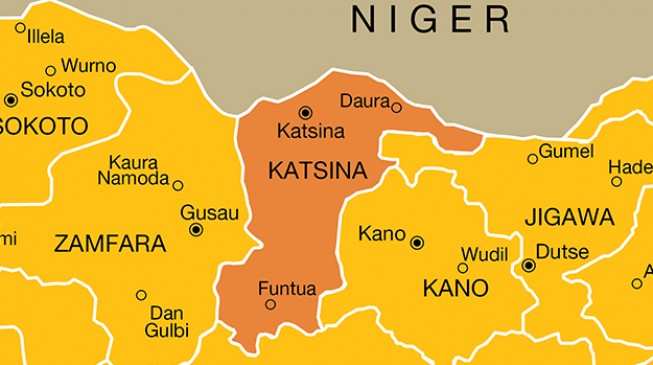 10:50 2019
Print This Article Share it With Friends
👤by Haleem Olatunji  0 Comments
Advertisement

More than 30 persons were killed after suspected bandits attacked some communities in Katsina state between Monday and Tuesday.

The suspects were said to have also carted away some animals.

Eleven persons were said to have been killed at Sabon-Layin Galadima village of Faskari LGA.

Gambo Isah, police spokesman in the state, said those killed in Faskari were members of a vigilante group.

“On the Faskari incident, a group of Yansakai (vigilantes) from Sabon Layi village, went into the forest and confronted the bandits since yesterday and did not report back. Two corpses were recovered and buried by the villagers yesterday,” he told reporters.

“A search party led by the DPO in Faskari recovered three other bodies inside the forest. A bandits’ camp was also discovered abandoned by d bandits. Investigation is ongoing.”

The suspects were said to have attacked the residents while working on their farms. In Batsari LGA, they killed 10 person, leaving others injured.

“They attacked Yar’Gamji village of Batsari LGA and killed 10 persons. They entered the village on motorcycles. The attackers also rustled many animals and injured many people,” an official of the local government said.

Following the incident, youth from Batsari LGA protested the killings and displayed the corpses before the Abdulmumini Kabir Usman, emir of Katsina, and Aminu Bello Masari, governor of the state.

While Usman sympathised with the protesters over the incident, Masari said the government would put measures in place to end the banditry.