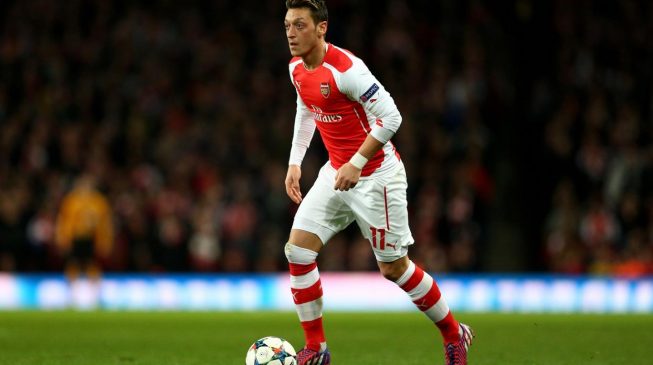 10:06 2018
Print This Article Share it With Friends
👤by Remi Sulola  0 Comments
Advertisement

Mesut Ozil has announced his retirement from international football with immediate effect due to “racism and disrespect” he has suffered.

The German midfielder was made the scapegoat for Germany’s shambolic performance at the just-concluded 2018 FIFA World Cup in Russia.

The 29-year-old was criticised for meeting with Turkish president Recep Tayyip Erdogan before the World Cup.

He was slammed for his performances in Russia as Germany went out in the group stages.

The Arsenal player released the statement in three separate tweets across the day on Sunday and said that he couldn’t bring himself to wear the Germany shirt any more.

“It is with a heavy heart and after much consideration that because of recent events I will no longer be playing for Germany at international level whilst I have this feeling of racism and disrespect,” he said.

“I used to wear the German shirt with such pride and excitement, but now I don’t. This decision has been extremely difficult to make because I have always given everything for my teammates, the coaching staff and the good people of Germany.

“But when high-ranking DFB officials treat me as they did, disrespect my Turkish roots and selfishly turn me into political propaganda then enough is enough.

“That is not why I play football, and I will not sit back and do nothing about it. Racism should never, ever be accepted.”

The past couple of weeks have given me time to reflect, and time to think over the events of the last few months. Consequently, I want to share my thoughts and feelings about what has happened. pic.twitter.com/WpWrlHxx74

TWITTER @thecableng
Copyright 2020 TheCable. All rights reserved. This material, and other digital content on this website, may not be reproduced, published, broadcast, rewritten or redistributed in whole or in part without prior express written permission from TheCable.
Tags
2018 FIFA World CupGermanyMesut OzilSportTayyip Erdogan
Advertisement

We killed 80 US soldiers in missile strike in Iraq, says Iran