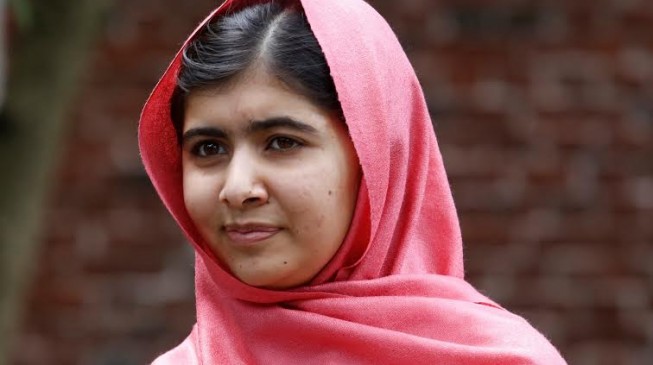 08:10 2014
Print This Article Share it With Friends
👤by Taiwo George  0 Comments
Advertisement

The Pakistan army has announced the arrest of the suspected Taliban militants responsible for the shooting of Malala Yousafzai, a Pakistani teenage activist known for advocating the rights of women to education.

In October 2012, the armed militants boarded her school bus in the north-western Swat valley of the country, opening fire on her and also injuring two other of her school mates.

Though she narrowly escaped death, the incident shot her into the limelight and drew more attention to the plight of the average Pakistani activist.

Malala and her family then relocated to the United Kingdom after the tragic encounter, and have since been unable to return to Pakistan due to death threats against them.

However, Gen Asim Bajwa, the country’s army spokesman told reporters on Friday, that the suspects were nabbed during a joint operation carried out by security operatives in the country.

“The group involved in the attack on Malala Yousafzai has been arrested,” he said.

“The men are currently being interrogated and will face an anti-terrorism court soon.”

Bajwa revealed that the suspects were 10 and that they had been working under the instructions of Mullah Fazlullah, the chief of the Pakistani Taliban.

He further said the army had discovered a list of 22 prominent activists from the Swat area, who the group was planning to attack after Malala.

Known for her global campaign on behalf of vulnerable women and children, Malala visited Nigeria in July to lend voice to the campaign to secure the release of the female students abducted by the Boko Haram militants in Chibok, Borno state.

Malala has received numerous accolades in recognition of her advocacy.

In 2013, European Union awarded her the prestigious Sakharov human rights prize and Time magazine named her as one of its most influential people in 2013. She was also nominated for the Nobel Peace Prize.

The United Nations has dedicated July 15, the birthday as an international day. She just released an autobiography.

TWITTER @thecableng
Copyright 2020 TheCable. All rights reserved. This material, and other digital content on this website, may not be reproduced, published, broadcast, rewritten or redistributed in whole or in part without prior express written permission from TheCable.
Tags
Boko Haram militants in Chibokborno stateEuropean UnionMalala YousafzaiNobel Peace Prizetime magazine
Advertisement

Two rockets land near US embassy in Iraq

We are ready to embrace peace, says Trump