Jonathan: I’m surprised that those who attacked me over N87 pump price are silent now that it’s N143 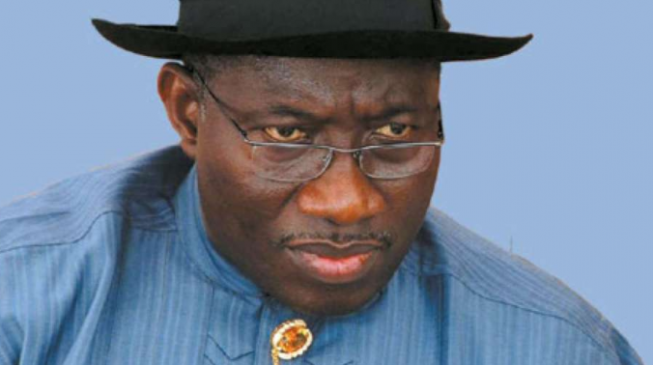 22:33 2017
Print This Article Share it With Friends
👤by Chinedu Asadu  0 Comments
Advertisement

Former President Goodluck Jonathan says he is surprised that those who criticised him for leaving the pump price of fuel at N87 are not speaking out now that it has been jerked up to N143.

At the time, the move was seen as political, given that it was in an election year.

Speaking on Thursday when Tunde Adeniran, one of the chairmanship aspirants of the PDP, visited him in his Abuja office, Jonathan defended the decisions he took on the price of fuel.

In what seems to be an indirect attack on the ruling All Progressives Congress (APC), Jonathan said the PDP led Nigerians well in its 16 years of being in power  “even though some people came up with propaganda and lies that 16 years of the party in government was a waste”.

“My government was severely criticised for increasing the pump price of petroleum from N67 to N97 at a time that global crude price was going for over 100 dollars,” Ikechukwu Eze, Jonathan’s spokesman, quoted him as saying.

“The pump price was later reduced to N87 when the price of crude oil dropped and they attacked us that it was supposed to be lower.

“Those who criticised my administration are not talking again now that the global crude oil is about 53 dollars per barrel and the pump price of petrol is N143.”

He said the PDP needs a chairman that can return it to government and as well correct a sitting president if he makes mistake.

“We must do the right thing. We must elect a chairman that will run the party democratically,” the former president said.

“We need a courageous chairman that knows that imposition is destructive.

“We need a chairman who by God’s grace if we win election by 2019, when the president makes certain mistakes, he will be courageous enough to correct him.

“We need a chairman that can lead us to victory and sustain that victory.

“What we need is a person that can give proper leadership for this country, a chairman that can lead us to elect good material for the presidency.

“We need a chairman that will bring the proper change and economic growth for this country.”

TWITTER @thecableng
Copyright 2020 TheCable. All rights reserved. This material, and other digital content on this website, may not be reproduced, published, broadcast, rewritten or redistributed in whole or in part without prior express written permission from TheCable.
Tags
former President Goodluck JonathanPDP
Advertisement