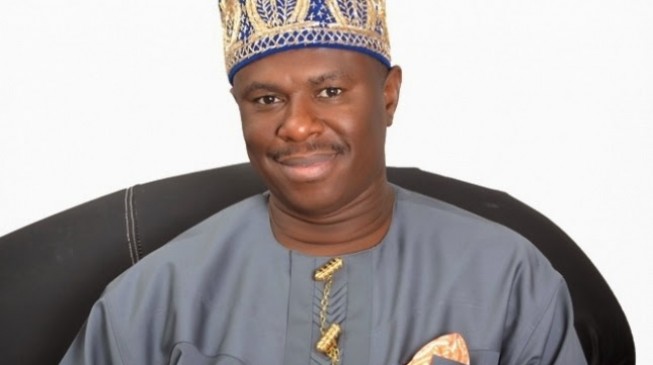 15:33 2016
Print This Article Share it With Friends
👤by Taiwo George  2 Comments
Advertisement

Dakuku Peterside, candidate of the All Progressives Congress (APC) in the Rivers state governorship election, says Nyesom Wike, governor of the state, influenced the verdict of the supreme court.

Responding to the ruling, Peterside, who congratulated and offered to help Wike in moving the state forward, said there was need to reflect on some anomalies in the polity. Addressing journalists in Port Harcourt on Tuesday, he described the verdict of the apex court as a reward for injustice.

He said he had it on good authority that Wike had contacts with some the justices who decided the case.

“Despite my acceptance and temperate public comments on the verdict of the supreme court on the 27th of January, 2016, Gov. Nyesom Wike, by his unguarded utterance last Sunday, seems to give credence to the pervading doubt being expressed on the judgment in public space, especially in the media,” Peterside said.

“Manygooo a Nigerian continues to wonder why PDP and Gov. Wike’s supporters went on wild celebration across Rivers state as early as 9am on the day of judgment even though the actual verdict was handed down at about 6:20pm of that day. It clearly suggests that they might have been in the know of what the judgment would be, long before the supreme court pronounced it.

“This is coupled with several comments especially on the social media some 3 weeks earlier such as: ‘Thank God there will now be no need for a rerun election….. It is surely ending at the Supreme Court’, etc. etc.

“Credible information confirmed that Nyesom Wike had earlier confessed to some persons of having met one of the justices of the supreme court in Mbaise during an important burial, another at Owerri in a hotel and yet others in Dubai and Saudi Arabia respectively.

“These Justices were in the panel that decided the matter in Wike’s favour.”

Peterside said Wike made startling revelations during a thanksgiving service he organised at Saint Peter’s Anglican Church in Obio/Akpor local government area of the state on Sunday.

“The most striking revelation by Nyesom Wike is contained in his account at the thanksgiving service last Sunday,” he said.

“He obviously stunned his audience and the watching world when he confessed that when it came to the judges, Dr. Peter Odili and the wife Justice Mary Odili (a Justice of the Supreme Court) were his advisers.

“This simply confirmed his earlier statements that he had contact with the justices after several attempts to reach the chief justice of the country failed. It is therefore obvious that the decision of the supreme court on the Rivers state election was not a product of justice but rather a product of compromise and orchestrated contrivance to legalise electoral violence and rigging and, in turn, reward injustice.

“This calls for serious introspection by our Judiciary and judicial officers.

“For the records, in his speech at the church service, Gov. Nyesom Wike probably forgot that he was on live telecast when he stated: ‘Let me thank our former governor, Dr. Peter Odili [husband of Supreme Court Justice, Mary Odili]. He will call me midnight to tell me what to do….he will say ‘go so so place.’ I took all his advice, and here we are today.

“This shocking confession needs no further explanation except for you and other decent Nigerians to further make your fair conclusions.”

TWITTER @thecableng
Copyright 2019 TheCable. All rights reserved. This material, and other digital content on this website, may not be reproduced, published, broadcast, rewritten or redistributed in whole or in part without prior express written permission from TheCable.
Tags
APCDakuku PetersideNyesom WikePeter Odili
Advertisement