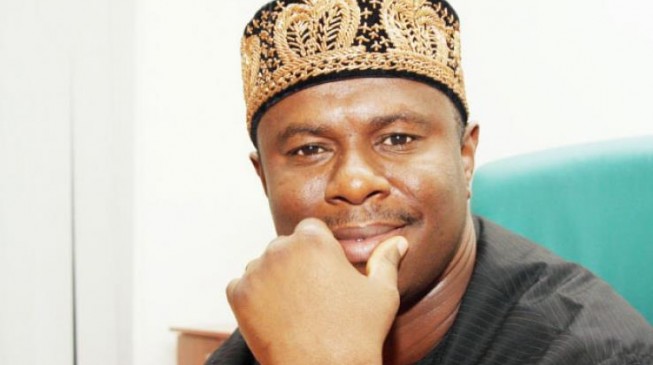 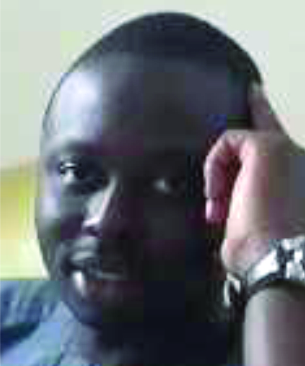 I am borrowing from Bill Gates today. No, not from his $86.7 billion. A few years ago in Nivasha, Kenya, a friend introduced me to the way Gates thinks. We were working on a global public health protection project that Bill and Melinda Gates Foundation will later provide fund for in Africa.

For every polio vaccine Gates pays for, he wants to see progress by pie chart and bar chart. It is the same with all his investments.

The returns on investment for the Microsoft founder and the number one world billionaire is by the numbers. Where is the curve ascending on the chart for those using the vaccine is one frequently asked question by Gates?

True, after following gatesnotes—a personal blog, where Gates shares his dos and don’ts (now for six straight years), I see a man who truly follow the money.

There’s a Gates think-alike in Nigeria. Like Bill Gates, Dakuku Peterside who’s leading the maritime sector reform under the Buhari government also likes to measure success in terms of direct impact, in graphs and in percentages.

To be perfectly honest, the stunning gains and incredible progress at the Nigeria Maritime and Administrative Agency (NIMASA), superintended by Peterside, brought back my Naivasha memory and learning from Gates.

Incredibly stunning and fantabulous figure of gains in just one year that Peterside arrived at NIMASA is one positive way we can look at the Buhari government.

As a handy reminder, NIMASA was broken and bruised, flat on its belly and ready for the hearse-man before Peterside went in to resuscitate it in March last year.

Once riddled with stories of corruption, inefficiency and bottleneck, NIMASA has come out of its ashes. If you wonder how, NIMASA has returned solely to its regulatory function, departing from the sinful world of cash and carry business, where transaction replaced regulation and maritime administration became almost non-existent.

Narrowing down, NIMASA reduced rate of sea accidents by 51% in just 10 months—a record that has now animated countries like the United States to send envoy to NIMASA for partnership.

One other good news. The sad stories about piracy have gone down dramatically since Peterside took office. Data from agencies working in collaboration with NIMASA showed a significant reduction in pirate activities by 60% in the first quarter of 2017.

In a bold move common with reformers, Peterside also reached for the coastal and inland shipping act, also known as Cabotage Act that has gathered dust over the years with no serious implementation of its content.

And with the Cabotage Act’s implementation in full swing, it’s like open heavens for the indigenous players who have long been shoved aside by the foreign oil tankers and international oil companies.

At NIMASA, Peterside is not re-inventing the wheel, he’s simply a cautious and conscious reformer, who is going back into the book and applying necessary force to make things happen.

For instance, since 2003, the Cabotage Act has been there just like a currency with no potency and those who should benefit by it remained handicap in the face of oppression, even as their businesses faced extinction for lack of patronage.

A protectionist law that seeks a prosperous path for the Nigerian shipping companies operating in the coastal areas, the law stipulates that vessels trading on the nation’s coastal waters must be owned and crewed by Nigerians. Such vessels must also be built and maintained in Nigerian shipyards.

It is ridiculous that such law will gather dust for years under the former managers of NIMASA.

“By the same token, improvements to maritime governance, law enforcement, and safety may have a positive impact on citizens far beyond the maritime sector, through enhanced livelihoods and food security, improved access to goods and services, or freedom from fear.”

In a 49-page report released in December 2010 on maritime sector reform by the United States of America, those words are uplifting for me, knowing NIMASA is no longer the same.

What more, International Maritime Organisation (IMO) now has a renewed interest in Nigeria, because of Peterside’s reform.

Equally, Peterside strong performance is located in the ease of doing business. A lover of e-anything, the swift automation of processes and devolution of power with creation of zonal offices at NIMASA is reducing time spent and removing the middlemen from chain of transactions.

“In information driven age that we live in, access to information definitely enhance operations of any maritime administration. Within six months in office, the Peterside-led management has upgraded Nigeria’s subscription of the Lloyds list intelligence to a full bouquet which is beyond the previous capacity of the sea searcher and this now guarantee unfettered access to current data in the maritime industry. This has improved on the volume and value of data available to Nigerian maritime stakeholders,” the agency explained.

By the way, that is a good omen for Nigeria and something to cheer Jumoke Oduwole, coordinator and secretary to the presidential enabling business environment council (PEBEC), who has been unhappy about Nigeria’s current World Bank ranking of 169 out of 190 countries in the ease of doing business.

Indeed, after spending years in government in strategic roles as advisor and as a ranking lawmaker, who served as chairman, house of representatives committee on petroleum resources (Downstream), where he had the oversight responsibility on strategic national oil and gas establishments such as Petroleum Equalisation Fund (PEF), Petroleum Products Pricing Regulatory Agency (PPPRA), Pipelines and Products Marketing Company (PPMC), nothing less is expected of Peterside.

Last year, when he was appointed as director general of NIMASA, I remember a few lines I wrote here (NIMASA’s Silver Lining is Peterside’s Golden Opportunity, April 1, 2016) that “Buhari’s administration needs stars that can help build the tumbling confidence of Nigerians in the government and Peterside is now strategically positioned to be one of those stars.” I made it clear that with clear vision, “Peterside can take advantage of his work at NIMASA—where his appointment provides a silver lining for the troubled agency—to join the rank of these unforgettable skilled reformers”.

Now, it’s exciting to know that Peterside is having gold lining. He’s surely one of the superstars of this government.

His works so far has placed him in the rank of the unforgettable reformers like the late Dora Akunyili, who moved the National Agency for Food and Drug Administration and Control (NAFDAC) from a comatose agency to a first-rate agency with global appeal.

I’m certain that the likes of Nuhu Ribadu, whose work at the Economic and Financial Crimes Commission (EFCC) continues to be a reference point many years after leaving the office will be proud of Peterside.

And this, I cannot think otherwise that Nigeria’s former Minister of Finance, Dr. Ngozi Okonjo-Iweala who reset Nigeria’s balance sheet as minister of finance during Olusegun Obasanjo presidency will be full of praise for Peterside.

I know that the current governor of Kaduna State, Nasir el-Rufai, whose efforts at the Bureau of Public Enterprise and as a minister of the federal capital territory transformed those offices will be happy that someone like Peterside is all Buhari deserves.

Of course, people like Akinwunmi Adesina, whose reform in the agricultural sector made many young people to rethink farming and return to farm; Oby Ezekwezili who brought new dimension to due process in Nigeria; Charles Soludo, whose banking recapitalisation rule during his time at the Central Bank saved depositors from depression, and Emir Sanusi Lamido Sanusi, a reformer who doubled as a whistle-blower in the government he served will all be proud of Peterside’s patriotic duty on Burma Road that is making maritime business come alive again. It is the way of reformers, they look out for others who share their traits.

This April, Peterside, who is making current push to earn Nigeria the category C level at IMO council, will host the conclave of heads of African maritime administration in Abuja.

In just one year, it’s hats off to Peterside.

TWITTER @thecableng
Copyright 2020 TheCable. All rights reserved. This material, and other digital content on this website, may not be reproduced, published, broadcast, rewritten or redistributed in whole or in part without prior express written permission from TheCable.
Tags
Dakuku PetersideNIMASA
Advertisement