PHOTO: The moment DSS operatives pointed pistol at those who demanded Sowore’s release 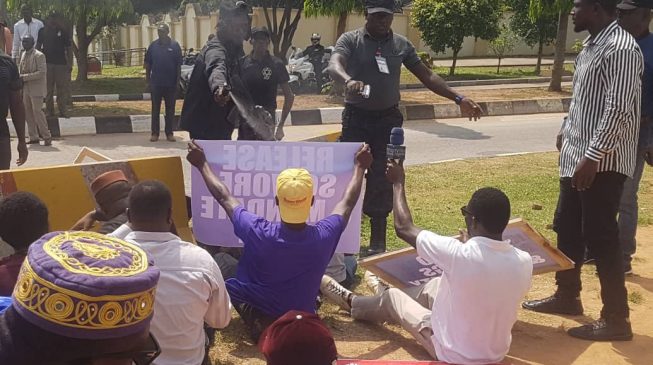 18:05 2019
Print This Article Share it With Friends
👤by TheCable  2 Comments
Advertisement

Two operatives of the Department of State Services (DSS) were captured on camera pointing guns at protesters who demanded the release of Omoyele Sowore, convener of RevolutionNow Movement.

Sowore, who was arrested in Lagos on August 3, is still in detention despite meeting the bail conditions granted to him by a federal high court in Abuja.

On Tuesday, protesters converged on the headquarters of the secret police, asking that the rights of the activist should be respected.

But after threatening them with guns, the security operatives opened fire and also assaulted some of the protesters as seen in the picture below: 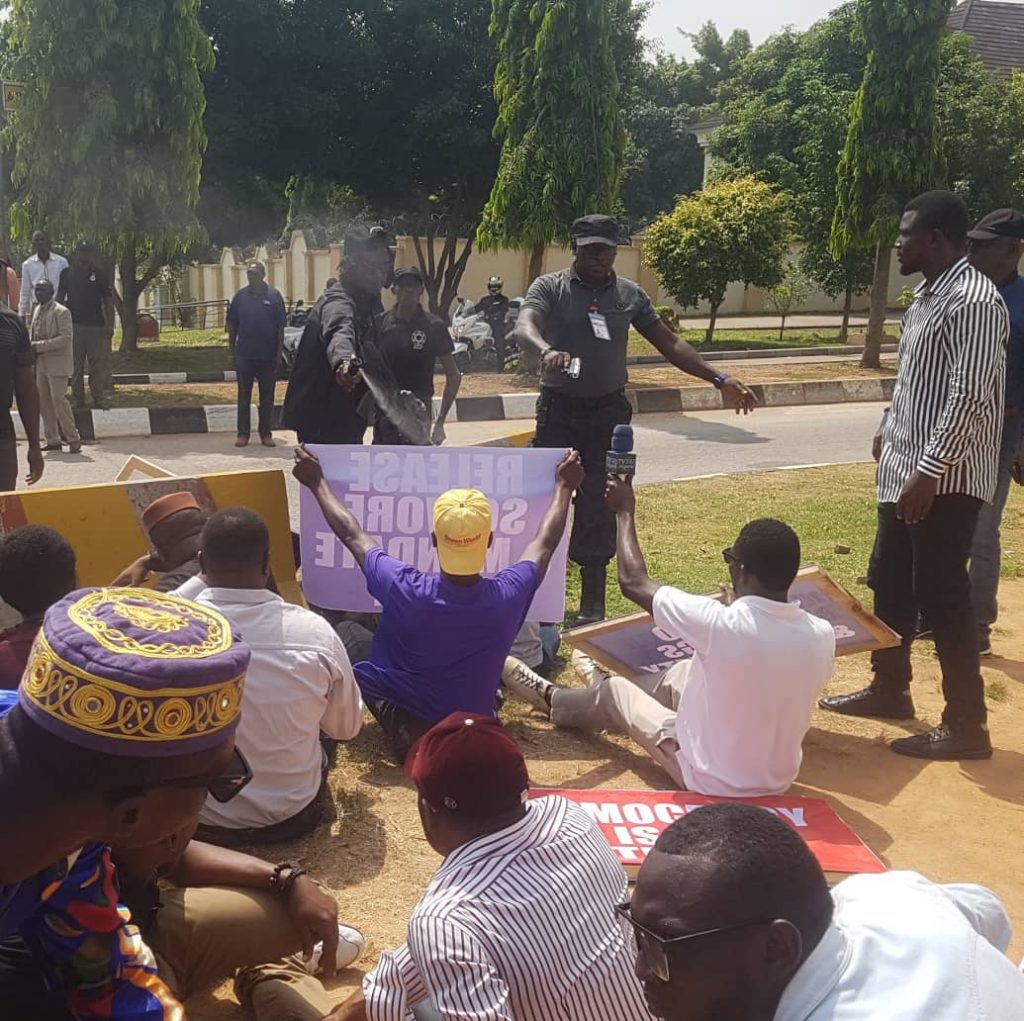