PHOTOS: Badeh laid to rest as air chief vows to fish out killers 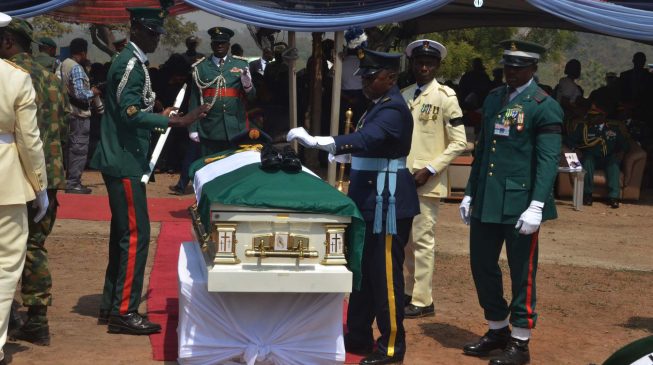 19:54 2019
Print This Article Share it With Friends
👤by Ebunoluwa Olafusi  0 Comments
Advertisement

Sadique Abubakar, chief of air staff, says the killers of late Alex Badeh, former chief of defence staff, will be fished out.

Abubakar was speaking on Thursday at the burial of Badeh, which held at the National Military Cemetery in Abuja.

He noted that Badeh had served the nation well in several capacities, adding that he was deeply saddened by the manner in which Badeh, who had attained the height of his chosen career, was killed.

He described the ex-CDS as “a leader, commander and instructor-pilot, who handled over 6,000 flying hours during his career,” saying he will be missed.

Abubakar said Badeh was a “jovial, principled and compassionate” general whose leadership and good nature positively influenced his peers as well as subordinates.

“The loss of this patriotic and professional gentleman must spur the rest of us, not only in the armed forces, but indeed in Nigeria to rededicate ourselves in the service of our nation and our people,” he said.

“To deal decisively with crime and criminality, we must continue to work and redouble our efforts in supporting the Police and other security agencies to ensure that the perpetrators of this heinous crime are brought to book.

“Badeh’s achievement during his service to the nation spanning from his time as a young pilot to his appointment as chief of air staff and CDS continue to generate admiration among his colleagues.

“He will be greatly missed for his invaluable service to the Nigerian armed forces and indeed Nigeria.

“Our mentor sir, as you go to your final resting place today, may the Lord be with you forever and be assured that the Nigerian Air Force, and indeed, the nation will remain ever grateful to you for your service and sacrifice.”

In attendance were Boss Mustapha, secretary to the government of the federation, Simon Lalong, governor of Plateau state, Bindo Jibrilla, governor of Adamawa state, Abayomi Olonisakin, chief of defence staff, among others. 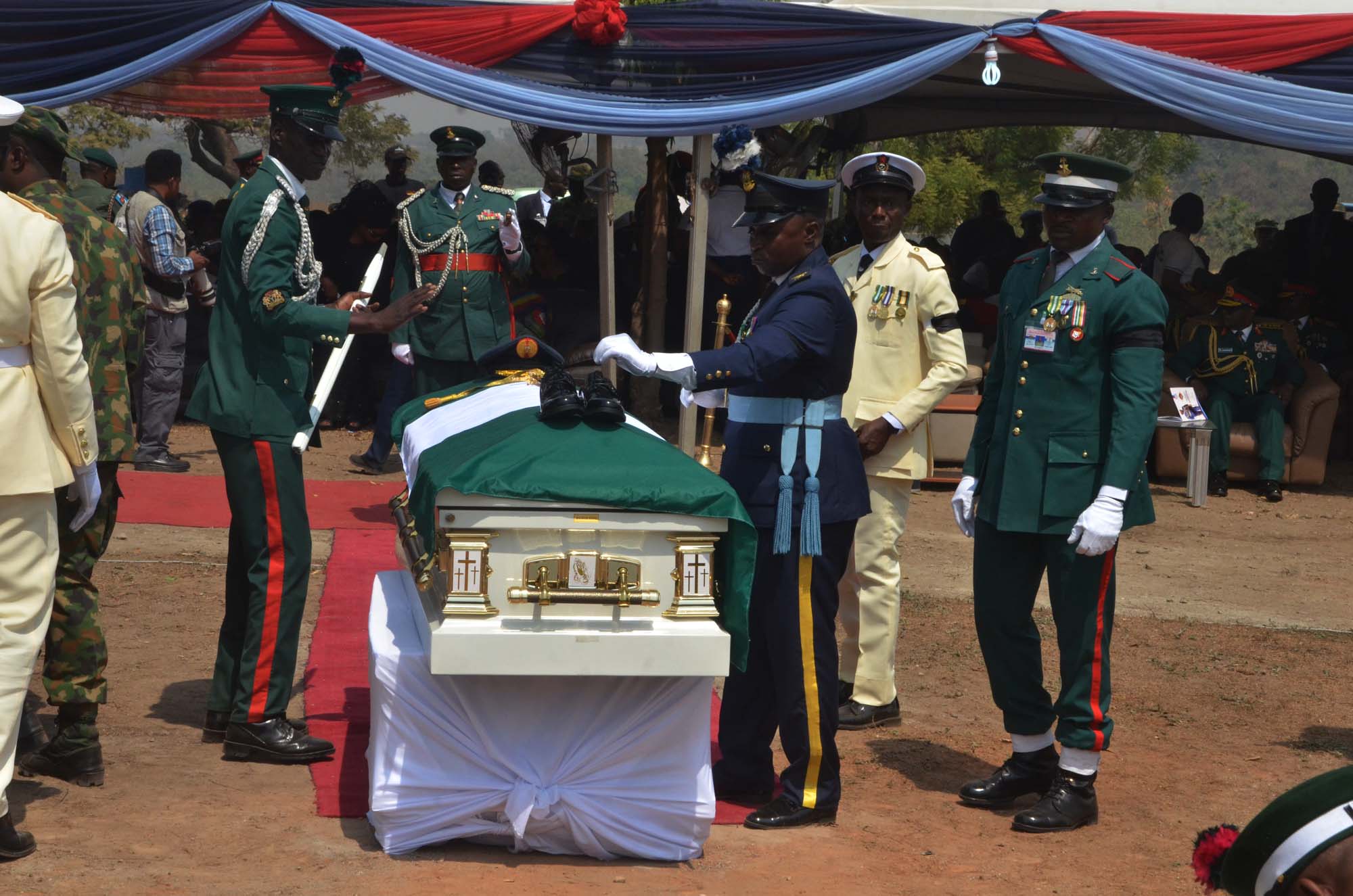 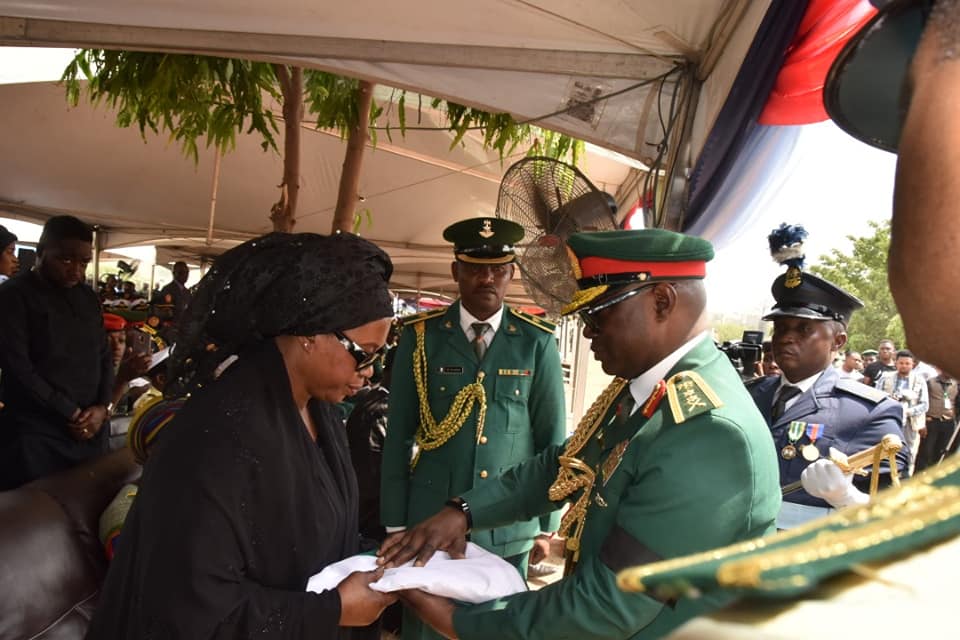 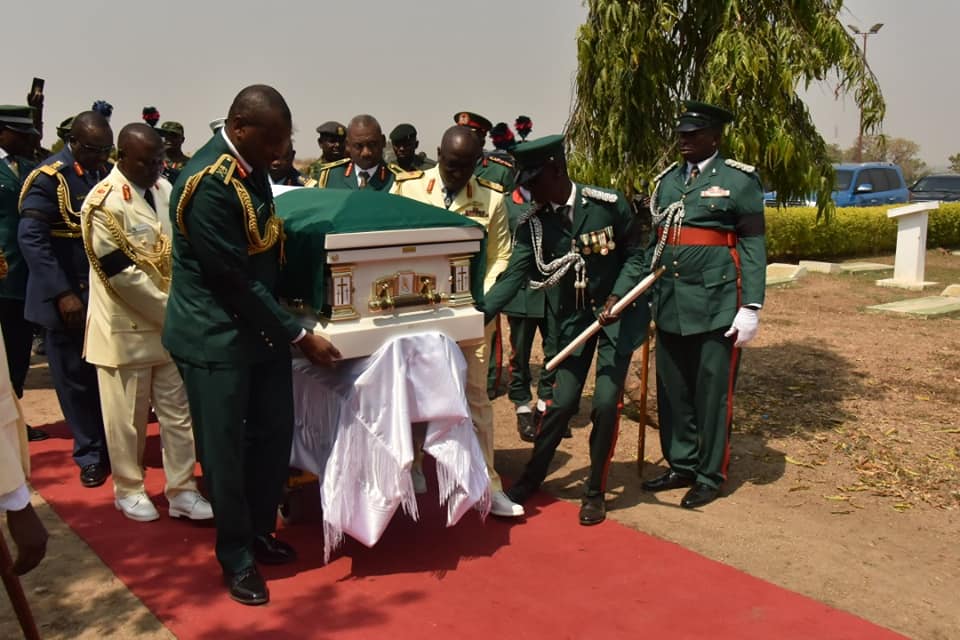 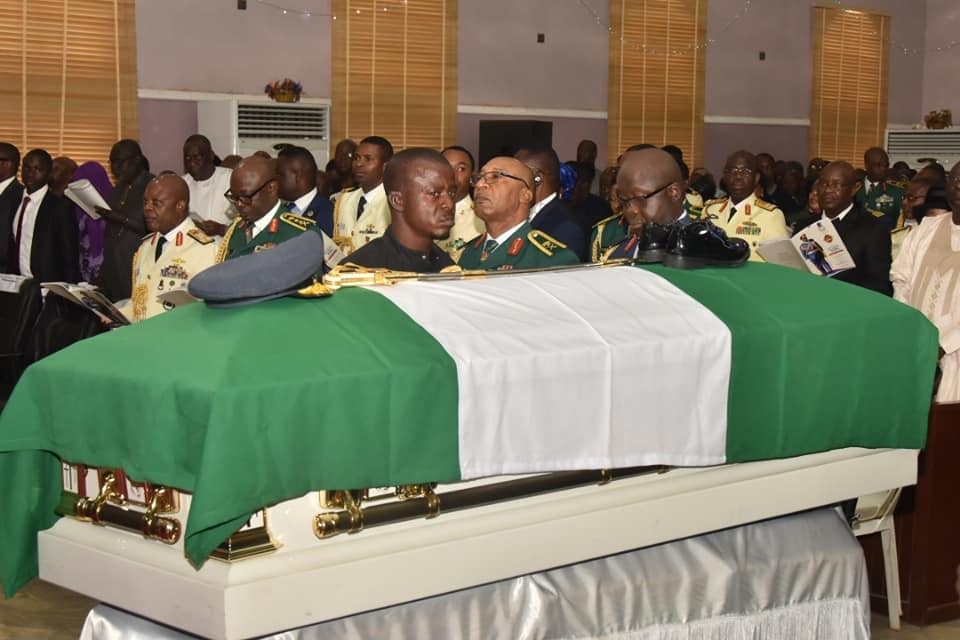 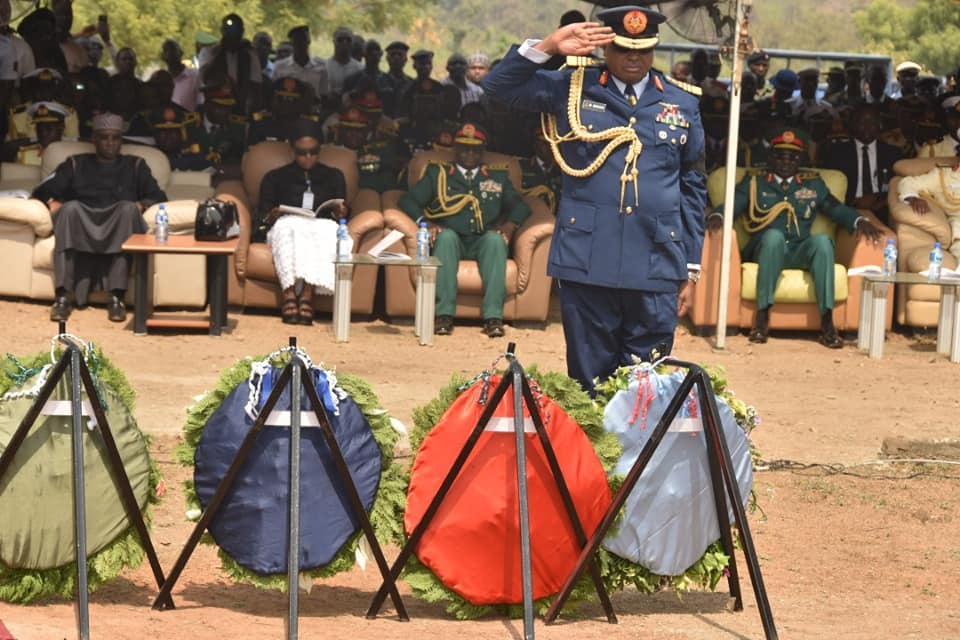 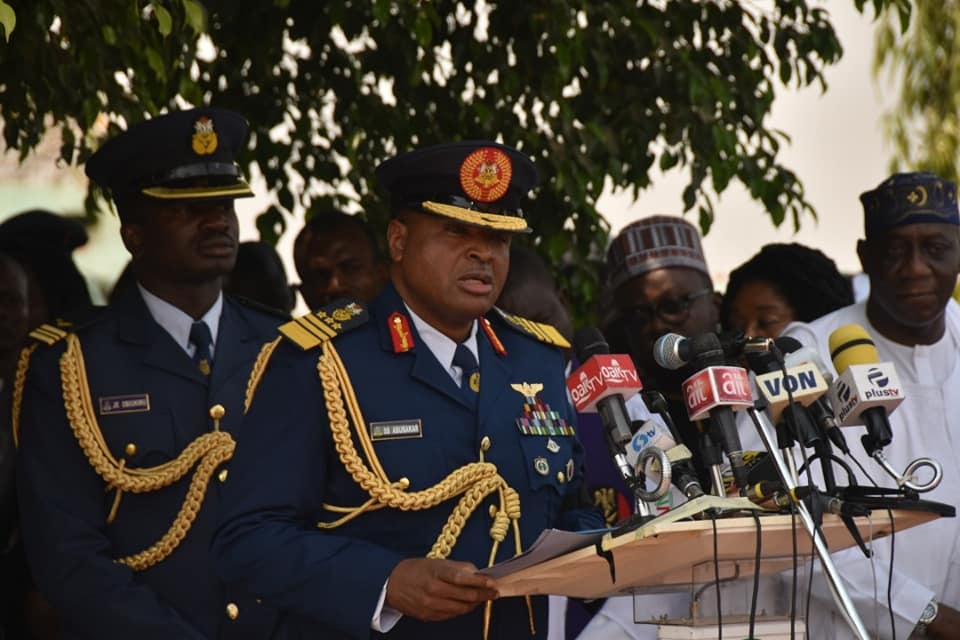 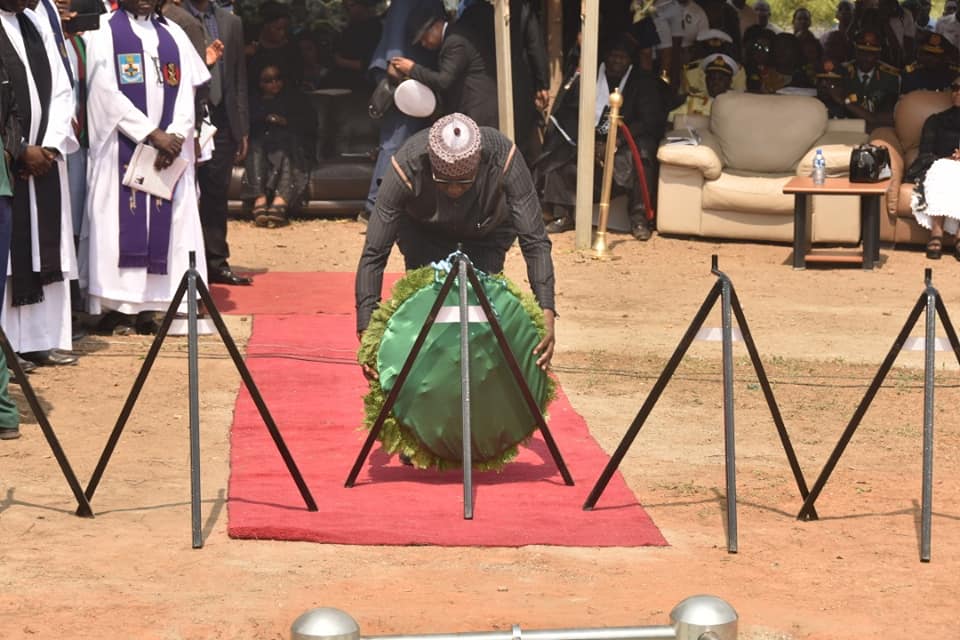 TWITTER @thecableng
Copyright 2019 TheCable. All rights reserved. This material, and other digital content on this website, may not be reproduced, published, broadcast, rewritten or redistributed in whole or in part without prior express written permission from TheCable.
Tags
abujaalex badehBurialSadique Abubakar
Advertisement

I was a member of APC, says INEC REC nominee

I was a member of APC, says INEC REC nominee