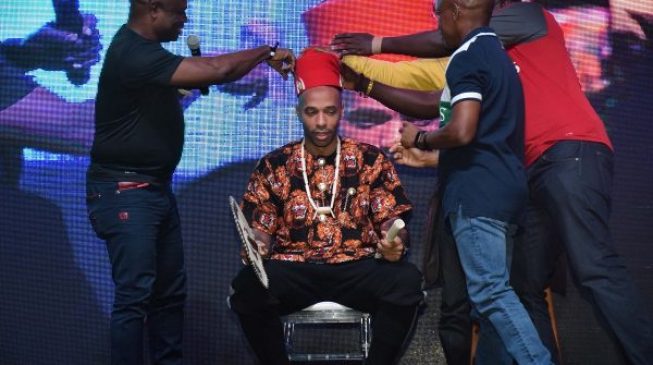 20:36 2017
Print This Article Share it With Friends
👤by Mansur Ibrahim  0 Comments
Advertisement

Thierry Henry, Arsenal football legend, was on Sunday crowned the ‘Igwe of football’ at an event in Victoria Island, Lagos.

The Frenchman is in Nigeria for ‘Watch a Match with Thierry Henry’, an event put together by Guinness Fanzone.

Henry, clad in the attire of an Igbo chief, was unveiled as an ambassador for the Made of Black campaign.

Apart from receiving the honorary title, the retired footballer also partook in the cooking of jollof rice.

Henry later recognised and praised Goodluck Obieze, a one-legged footballer and Made of Black ambassador whom he described as “the real Igwe”.

The one-legged footballer told Henry that despite losing his leg, he relocated to Lagos and still managed to achieve his dream of playing football.

Here are photos from the crowning ceremony of ‘Igwe Thierry Henry 1’. 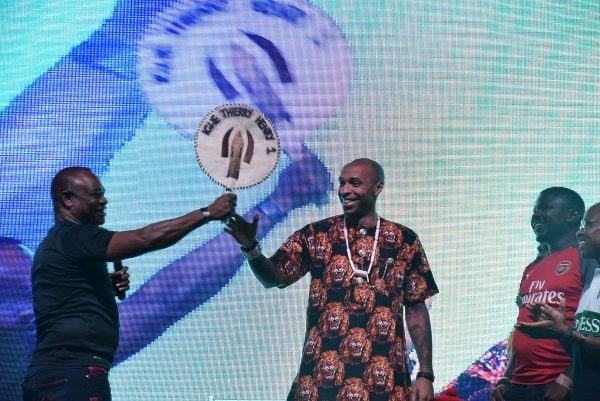 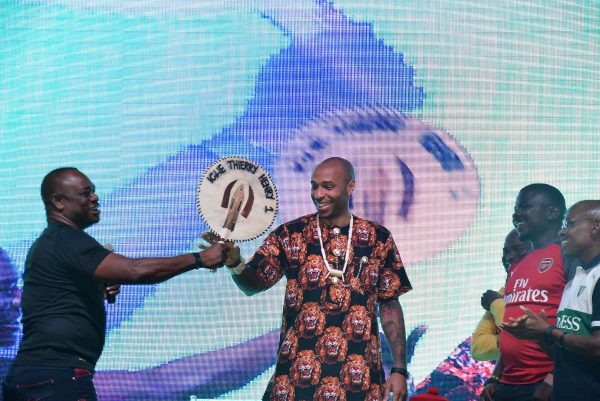 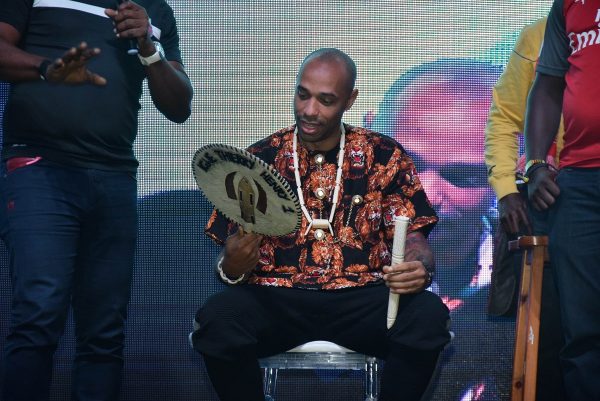 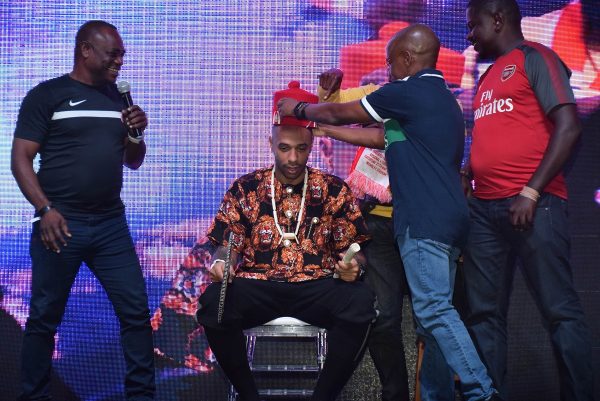 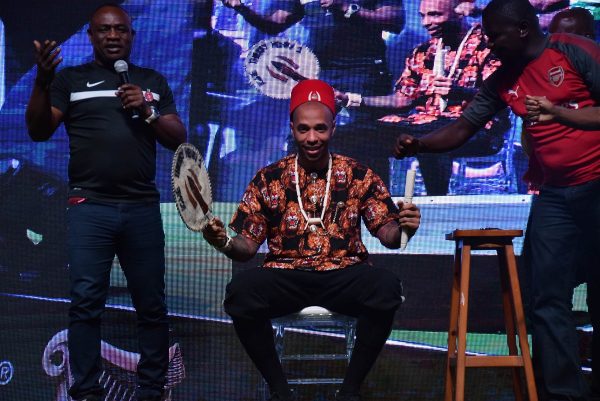 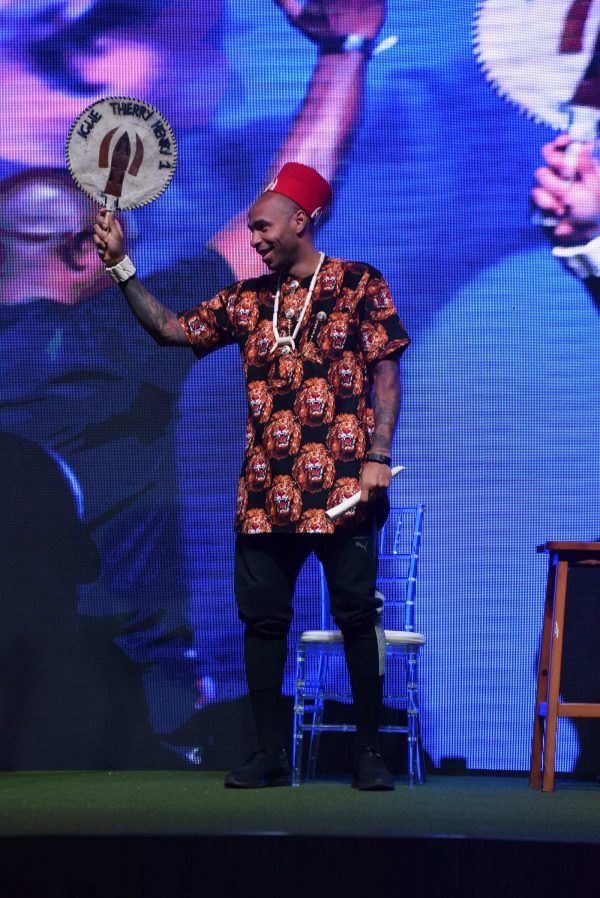 TWITTER @thecableng
Copyright 2019 TheCable. All rights reserved. This material, and other digital content on this website, may not be reproduced, published, broadcast, rewritten or redistributed in whole or in part without prior express written permission from TheCable.
Tags
Igwe of footballlagosnigeriaThierry Henry
Advertisement