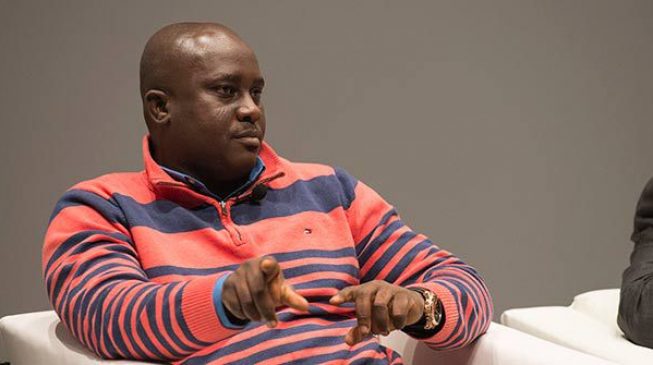 12:23 2019
Print This Article Share it With Friends
👤by Dyepkazah Shibayan  1 Comment
Advertisement

Mike Oyelude, a relative of Pius Adesanmi, the late Nigerian-born Canadian professor, says the academic was buried in Canada without the consent of his family.

The remains of Adesanmi were buried in Ottawa, Canada, last Saturday. He was among the passengers on the ill-fated Ethiopian Airline flight which crashed on its way to Nairobi, Kenya, on a Sunday morning in March.

The aircraft, a Boeing 737 MAX 8, which carried 149 passengers and eight crew members, lost contact with air traffic controllers six minutes after taking off.

In an article entitled, ‘Re: Pius Adesanmi’s Burial’ on Sunday, Oyelude said the burial is contrary to the wish of the deceased who wanted to be buried in Isanlu, Kogi state.

“Saturday November 2, 2019 made it exactly one week since we read on social media about the purported burial of our son, the late Prof. Pius Adebola Adesanmi. This burial reportedly took place in Ottawa on October 26, 2019. Since the so-called burial, we have waited for confirmation and used established channels to find out what really happened,” he said.

“It is now evident, that our late son’s remains were interred in Ottawa without family consent and contrary to the wish of the deceased to be buried in his place of birth, Isanlu. To our shock and chagrin, this interment was carried out without the knowledge or consent of Prof. Adesanmi’s aged mother and his eldest daughter.

“Prof. Adesanmi was born in Isanlu, in Kogi State to the Adesanmi family. We raised our son in the best custom of our ancestors and the Christian faith. Although his father, Pa Adesanmi passed before his son in relative old age, he is survived by his aged mother Mama Lois Adesanmi and two young daughters Oluwadamilare and Oluwatise. It is public knowledge in official and private circles that both children were born to Prof. Adesanmi in Ottawa to different mothers, in lawful wedlock .

“Oluwadamilare ‘Dammy’ Adesanmi was born in wedlock to Pius and Oluwatosin in Ottawa. That makes Dammy a bona-fide Canadian citizen. It is disdainful to make it appear as if Pius is survived by one child. In our culture and before the law, children born in lawful wedlock have equal status before the law and society.”

Oyelude said since his death, neither Boeing, Ethiopian Airlines nor Adesanmi’s widow has contacted the family in an official capacity over the burial.

“Indeed since our world crashed with Pius last March, nobody has deemed it fit to officially contact his family in any official capacity,” he said.

“If the airlines whose negligence led to the untimely death of our son has made contact with anyone on our behalf, it was incumbent on them to ensure that we were duly carried along by way of official information and that our consent is sought as to how our son’s remains would be interred.

“We would like to place it on record that neither the airline nor anyone else bothered to seek our consent or approval before the purported ceremony in Ottawa.”

He said the “shambolic funeral” of Adesanmi coincided with his mum’s 78th birthday.

“We refuse to believe that this was not done deliberately to maximise the pain, the suffering and the agony of our matriarch,” he said.

TWITTER @thecableng
Copyright 2019 TheCable. All rights reserved. This material, and other digital content on this website, may not be reproduced, published, broadcast, rewritten or redistributed in whole or in part without prior express written permission from TheCable.
Tags
CanadaMike OyeludePius Adesanmi
Advertisement