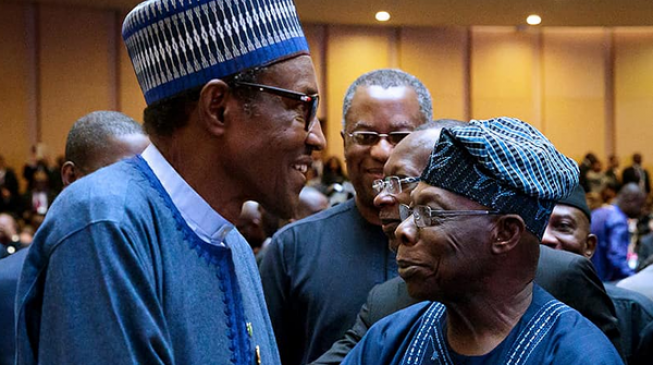 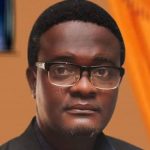 Backtracking a little, a few days back, the Vice President of the Federal Republic of Nigeria jumped on a plane and travelled to Benue State to identify with those who were mourning, but the president was on the inside of the state’s house—being busy with some state matters—like entertaining his support group. Each time I hear from PMB’s mouth or I hear from a revered citizen of Nigeria that Mr. President loves Nigeria and Nigerians and I look at what he does sometimes, I always find it hard as diamond to believe that he truly loves those he was voted into office to serve.

I wonder the kind of people who’s advising Mr. President. They are being paid for doing almost nothing. It does not take rocket science and unusual knowledge (and wisdom) for President Buhari and his handlers to know that it was wrong for him to be in Abuja winning and dinning when Benue people and the entire country were mourning and protesting. If PMB does not know, he needs to be helped to know that he’s sending the wrong signals to Nigerians and the whole world.

Away from the issue that more or less made me cry to the one that makes me laugh hysterically. How do I mean? I am yet to see another two aged citizens—who continually overestimate themselves as His Excellency, Dr. Olusegun Obasanjo and His Excellency, President Muhammadu Buhari and it is not their slipup. Yes, it is not their fault. Whose slip is it? I am glad you ask. It is the fault of some Nigerians who derive joy from abandoning their country in the hands of a few—who do not care a hoot about them. It is the fault of many ever learning Nigerians, but are yet to understand what nation building is truly all about.

Each time PMB speaks, he speaks as if he is the only one who is stain-less in Nigeria and when OBJ speaks, he speaks as if he is the only wise one in Nigeria. I remember during one of his Presidential chats while in office and a man phoned in to advice him. While responding to the brilliant man—who phoned in—on that day, he said and I quote: “It is because I know more than you, this is why I am here…” Both in power and out of power, OBJ is not the type who listens to either advice or correction. And what he does not take from people, he wants everyone to receive from him.

A few days ago, after the only man many Nigerians are worshipping spoke on the man who died and the whole nation was rolling on the floor—praising and worshipping God, I swiftly went back to my archives to check whether Mr. President was right or wrong. And after a few hours, I was able to unearth that PMB was extremely wrong! While I understand that he is entitled to his own opinion as a citizen, but the truth is, it is wrong to attempt to rewrite history and I make bold to say that what is wrong is completely wrong.

PMB spoke about the man—painting a picture of a hero and a good man. Abacha was so good (as President Buhari did say) as a President that someone as Senator Bola Tinubu had to run for his life. While Mr. President was speaking profoundly about Abacha, I am sure someone as Tinubu (amongst other citizens who escaped through NADECO route) would open his mouth as river Jordan during raining season.

This is where I am coming: I am of the opinion that PMB and OBJ are fond of overestimating themselves. Take for instance, those who are telling PMB that he can win the coming Presidential election in the year 2019—without needing those who helped him some years back are lying and overestimating him just as they lied to and overestimated GEJ. If PMB was that popular, he wouldn’t have lost presidential elections thrice!

Dr. Olusegun Obasanjo was well positioned to completely change Nigeria, but he chose not to do so. I am sure whenever he is alone, he regrets it. Also, OBJ is not someone that one can depend on his sense of judgment. Thrice he gave us Presidents and thrice he failed. As an effect of this, only fools would trust his sense of judgment again.

I hope those who are close to Dr. Obasanjo would tell him that he should stop speaking as if he controls all of us in Nigeria. For the first time in the history of our promising country, we have decided to revolt and rebel against the ruling-class, wrestling power from those who have led us into the present bush we have found ourselves as a people.

Also, PMB wrongly believes that he is the only citizen (of Nigeria) alive—who is not corrupt and when he speaks, he believes he is infallible and sadly, many Nigerians also believe so. And what he does is always right. For the umpteenth time, I guess this is one of the reasons why the Vice President of Nigeria was in Benue to identify with those mourning and the President was on the inside of Aso Rock, entertaining his Support Group—Buhari Support Group (BSG). He has succeeded in showing the whole world that he truly cares for the common man.