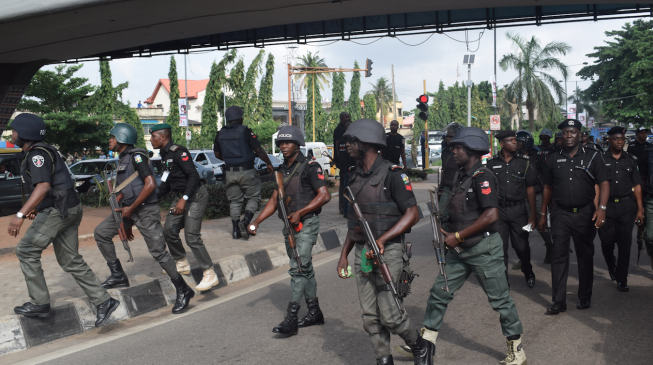 Around 8am on Monday, some Nigerians took to the streets to join the protest which held in different parts of the country.

In an interview with TVC, Falana said an ideal course of action would have been for the Department of State Services (DSS) and the police to obtain court order and prevent the protest from holding if they had evidence that public peace would be disrupted.

“Nigerians have the right to protest peacefully, whether you call it a revolution or whatever. The entire razzmatazz of police action is totally unnecessary,” Falana said.

“Since the state had the information for over two weeks that these guys were planning a protest, the police and the state security services have the right to go to court and ask for an order that this protest can not take place.

“To violate the provisions of chapter 4 of the Nigerian constitution on fundamental rights, it must be in accordance with the procedures of the law. In other words, if you’re going to detain Sowore, there has to be a court order.”

Falana made an example of Ghana’s independence anniversary in 2007 and how the inspector general of police obtained an injunction to prevent the disruption of the celebration rather than stopping the protest.

“That is how it should be done in Nigeria. We expected the police to find out. Was there a genuine move to have a revolutionary overthrow of the Nigerian state? Frankly speaking, I haven’t seen any,” he said.

“If the Nigerian state has information, you make it available to the court and obtain a court order. But this business of ‘Treason is being committed’ and moving out troops to intimidate people is totally uncalled for.”

On Saturday, the Department of State Services (DSS) arrested Omoyele Sowore, presidential candidate of the African Action Congress (AAC) in the 2019 elections, for “threatening public safety”.

TWITTER @thecableng
Copyright 2020 TheCable. All rights reserved. This material, and other digital content on this website, may not be reproduced, published, broadcast, rewritten or redistributed in whole or in part without prior express written permission from TheCable.
Tags
#RevolutioionIsNowfemi falanaprotest
Advertisement