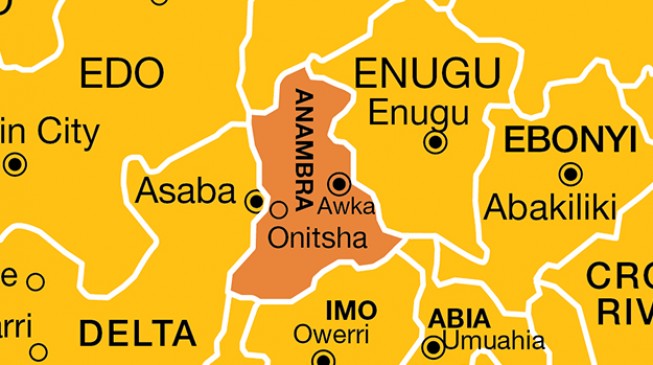 06:45 2017
Print This Article Share it With Friends
👤by News Agency  0 Comments
Advertisement

The Anambra state police command has confirmed the arrest of Bara’u Garba, a police corporal, who allegedly defiled a 14 years old girl.

Garba Umar, the state commissioner of police, said at a news conference in Awka on Monday that the incident occurred “recently”.

He said the suspect abducted the minor near her residence at Hausa Quarters, Asaba, and kept her in custody for two days at Okpoko in Onitsha.

He also said the suspect serves under the Sokoto state command but was deployed to Anambra on special duty.

“The erring police officer was arrested and detained accordingly; and is currently facing police internal disciplinary procedures,” he said.

“The suspect confessed to having seen the girl wandering about in Asaba because she had lost the money with which she was sent on an errand by her parents.

“He used the opportunity to lure and keep her in his custody, but denied having carnal knowledge of her.

“However, we will soon confirm whether he had carnal knowledge of the minor or not because investigation is ongoing, while the minor is also undergoing medical examination.

”I can assure the public that the corporal will be arraigned as soon as the criminal investigation is concluded.”

NAN reports that Umar said the arrest followed an allegation leveled against the suspect at a police station, adding that the alleged act did not reflect the core values and ethics of the Nigeria police force.

He assured that justice would be done in the matter.

TWITTER @thecableng
Copyright 2020 TheCable. All rights reserved. This material, and other digital content on this website, may not be reproduced, published, broadcast, rewritten or redistributed in whole or in part without prior express written permission from TheCable.
Tags
arrestPolicerapesexual harassmentteenager
Advertisement