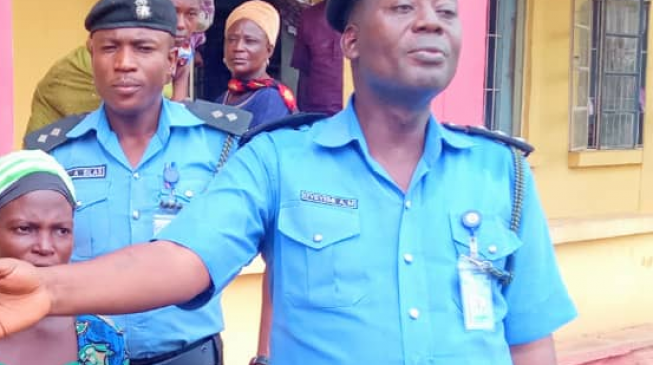 22:39 2019
Print This Article Share it With Friends
👤by TheCable  0 Comments
Advertisement

The Ogun state police command has disclosed the identities of the five persons abducted on the Benin-Ijebu-Ode-Sagamu expressway Thursday night.

They were heading to Lagos from the eastern part of the country when gunmen stopped their vehicles and took them into the forest.

Enoch Adeboye, general overseer of the Redeemed Christian Church of God (RCCG), had earlier raised the alarm over the incident.

He had said the victims were on their way to the church for a ministers’ conference when they were kidnapped.

Oyeyemi said though the police had not established if the victims were RCCG members, the incident happened on Thursday.

He said efforts were being made to secure the release of the victims, adding that they would soon regain their freedom.

“On the 1st of August 2019, at about 3:30 pm, the Ogun State Police Command received information that a commercial vehicle with registration number KW 230 XA belonging to Abia Line Transport Company was coming from the Eastern part of the country, heading towards Lagos,” he said.

“On getting to J3 area of Ogbere, some hoodlums numbering about 10 suddenly came out of the forest and forcefully stopped the vehicle.

“The Commissioner of Police, Bashir Makama, is leading the operation to rescue the victims, with operatives from the Command’s tactical squads combing the entire area.

“The hideout of the hoodlums has been geo-located, but our men are trying to be tactical and professional in order not to jeopardise the lives of the victims we are making efforts to rescue.

“With the operation going on presently, we are rest assured that the victims will soon regain their freedom and the hoodlums will definitively be brought to book.”

TWITTER @thecableng
Copyright 2020 TheCable. All rights reserved. This material, and other digital content on this website, may not be reproduced, published, broadcast, rewritten or redistributed in whole or in part without prior express written permission from TheCable.
Tags
pastorsPoliceRCCG
Advertisement