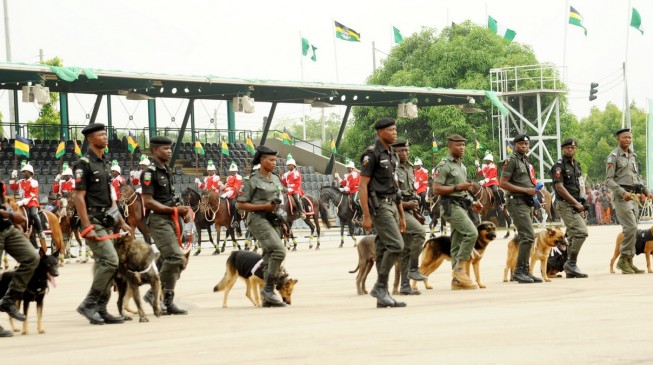 20:05 2017
Print This Article Share it With Friends
👤by News Agency  0 Comments
Advertisement

Ibrahim Idris, inspector-general of police (IGP), says the force will henceforth recruit at least 10,000 personnel annually to enhance its operations.

Idris disclosed this in Sokoto on Friday when he addressed officers and men of Zone 10 of the force in Sokoto, comprising Sokoto, Kebbi and Zamfara state commands.

“The yearly recruitment will be based on local government basis to reflect federal character and equity,” he said.

“The communities will be engaged meaningfully in the exercise in tune with the principles of democratic policing.”

Idris also promised that the police would continue to accord top priority to training, retraining, promotion, welfare, housing, logistics and other operational needs of its personnel to boost their productivity.

Promising to urgently renovate the existing facilities and barracks across the nation, said most of the barracks were “in a sorry state”.

Idris added that the police management was partnering with the national assembly to source for more funds for the force.

“The police are largely underfunded, hence, Nigeria is under-policed, and I am working to redress the ugly trend,” he said.

He also said the force would soon set up a school to train officers attached to the border patrol units to enable them to combat cross-border crimes such as cattle rustling, armed robbery, human trafficking and other acts of banditry.

“We will also soon reopen the Mobile Police Training School in Gwoza, Borno, establish a marine school in Bayelsa, among others,” he said.

TWITTER @thecableng
Copyright 2020 TheCable. All rights reserved. This material, and other digital content on this website, may not be reproduced, published, broadcast, rewritten or redistributed in whole or in part without prior express written permission from TheCable.
Tags
Ibrahim IdrisSokoto
Advertisement