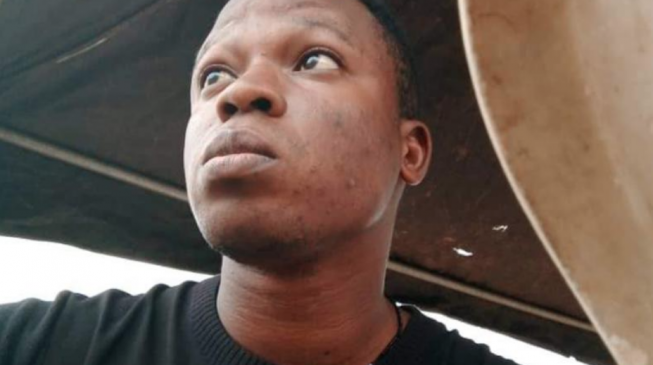 21:10 2019
Print This Article Share it With Friends
👤by Temitope Yakubu  0 Comments
Advertisement

Tosin Ajuwon, a journalist with SaharaReporters arrested at Ore in Ondo state on Monday has been released.

He was released six hours after he was assaulted during the #RevolutionNow protest in the town.

The journalist was arrested alongside a man simply identified as Jelili, who was accused of working with the protesters.

Ajuwon told TheCable he was treated like a criminal as the policemen seized his recording gadget and bundled him into a waiting van.

“I was covering some group of protesters of the #RevolutionNow who were making attempt to block the Benin-Ore expressway when the policemen stormed the road and chased them away,” he said.

“While all these were going on, one of the officers who was heavily armed came to ask why I was filming and I easily identified myself as a journalist covering the protest. He immediately asked who gave me the authority to start covering protest at Ore. I told him I have the constitutional right as a journalist to do so, moreso that it is in a public place.

“In fact, I have to tell him that the demonstrators also have the lawful right to assembly as granted under section 40 of the constitution and demonstrate so far their actions are peaceful.

“I feel they (policemen) were angered by these statements and they immediately arrested me. They collected my phone and bundled me into the Police waiting van for trying to perform my duty as a journalist.

“I was manhandled and handcuffed while they dragged me like a criminal. One of them even slapped me repeatedly.

“They drove me to the Ore Area Command with one other guy that was arrested among the demonstrators.

“The policemen made us to write a statement and kept me in custody for several hours interrogating me. It was the Assistant Commissioner of Police in Charge of the Ore command that intervened and ordered his men to release me at about 6 pm.”