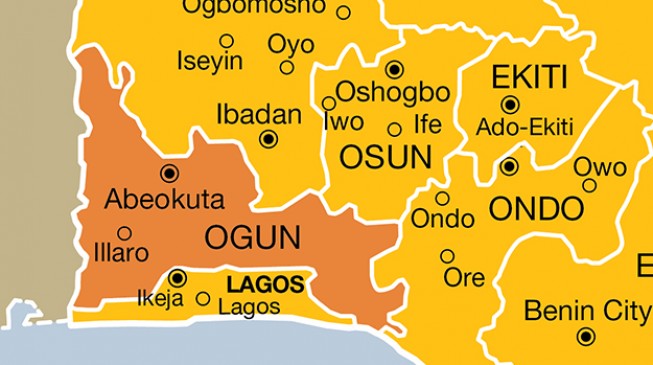 00:48 2017
Print This Article Share it With Friends
👤by Chinedu Asadu  0 Comments
Advertisement

The command also said it arrested Samuel Babatunde, 77-year-old pastor at the church and its founder, alongside three others over the incident.

Ahmed Iliyasu, the state commissioner of police, said the development followed the earlier arrest of one Jeremiah Adeola, a suspected serial kidnapper in the state.

He said Adeola, aged 32, had confessed that he delivers children that he abducts to the pastor.

He also said another suspect – 43-year-old Haruna Afolabi – is the herbalist that allegedly buried the discovered human parts at the entrance of the church.

Iliyasu said the detectives attached to the police area command in Ota had swung into action after receiving intelligence on the incident on Sunday.

“On the strength of the intelligence, detectives from Ota area command were detailed to effect the arrest of the suspect; and at about 10:20am of the date, their efforts paid off when the said Jeremiah Adeola was promptly arrested,” he said.

“On interrogation, he confessed being a serial kidnapper and mentioned a prophet of a white garment church as the receiver of the kidnapped children.

“Upon his revelation, he was taken to the house/church of the said prophet at Iyana-Iyesi Ota, where one Prophet Samuel Babatunde, 67 years, a pastor in charge of the church and one Haruna Afolabi, 42 years, a traditional worshiper, were arrested.

“The floor of the church was dug as described by the first suspect, and parts suspected strongly to be human parts were dug out there in.”

TWITTER @thecableng
Copyright 2020 TheCable. All rights reserved. This material, and other digital content on this website, may not be reproduced, published, broadcast, rewritten or redistributed in whole or in part without prior express written permission from TheCable.
Tags
churchhuman partsOgunPolice
Advertisement