What police will do to perpetrators of hate speech 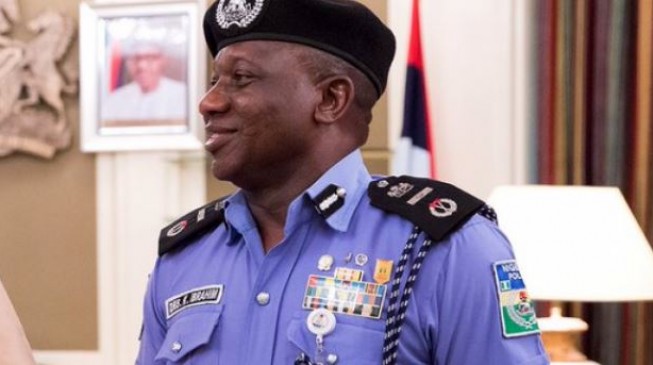 09:36 2017
Print This Article Share it With Friends
👤by TheCable  0 Comments
Advertisement

Perpetrators of hate speech will be arrested and charged under the Terrorism Prevention Act, Ibrahim Idris, the inspector-general of police, has said.

Yemi Osinbajo, vice president, had recently announced that hate speech will be treated as an act of terrorism.

He had said: “The federal government has today drawn the line on hate speech. Hate speech is a specie of terrorism.

“The Terrorism Prevention Act 2011 as amended defines terrorism as an act which deliberately done with malice which may seriously harm a country or is intended or can be reasonably be regarded as having been done to seriously intimidate a population.”

According to Moshood Jimoh, police spokesman, the IGP, in response to the announcement, has directed assistant inspectors general of police and commissioners to ensure that anybody found guilty of hate speech is “promptly arrested and prosecuted”.

Jimoh told The Nation that: “Dealing with various aspects of the issue of hate speech dissemination on social media is essentially the responsibility of the Nigeria Police Force.

“This is because such an act is criminal in nature and the police has jurisdiction over criminal matters. The IGP has put in place an action plan towards dealing with this effectively.

“The aim of the police force is to ensure that anybody who engages in the use or dissemination of hate speeches is arrested and prosecuted.

“It does not matter whether they disseminate it through social media or through the conventional mass media like radio, television or any other media. They are culpable of an offence and they will be prosecuted.

“No organisation or individual is exempted. Anyone who infringes the law should be prepared for arrest or other consequences.”

According to the Terrorism Prevention Act, terror-related offences attracts up to 20 years imprisonement.

TWITTER @thecableng
Copyright 2019 TheCable. All rights reserved. This material, and other digital content on this website, may not be reproduced, published, broadcast, rewritten or redistributed in whole or in part without prior express written permission from TheCable.
Tags
hate speechPolice
Advertisement