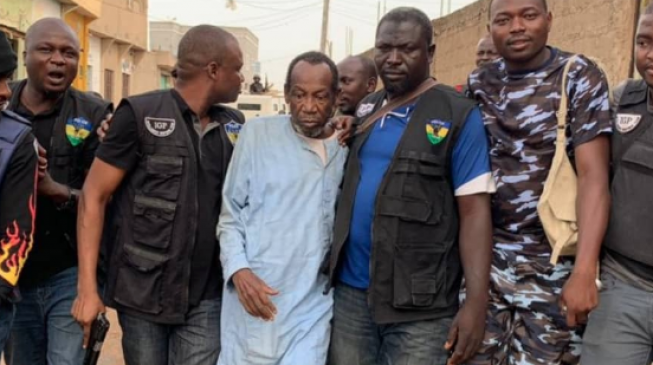 13:21 2019
Print This Article Share it With Friends
👤by Jamilah Nasir  0 Comments
Advertisement

Vincent Maxwell, an assistant superintendent of police, says the officers killed by soldiers in Taraba state were among the best on the inspector-general of police’s intelligence response team (IRT).

The team is known for handling special crime cases across the country.

On Wednesday, Frank Mba, police spokesman, had explained that the personnel,led by Felix Adolije, an assistant superintendent, were on a covert mission to arrest one Hamisu, a high-profile kidnap suspect, when they were attacked by the troops.

Three policemen and a civilian lost their lives while many officers sustained injuries in the incident.

Reacting to the incident in a post shared by Abba Kyari, head of the IRT, Maxwell said the deceased were responsible for a number of heroic deeds, including securing the arrest of Chukwudumeme Onwuamadike, suspected billionaire kidnapper.

He said they were also part of the team that apprehended over 20 members of the Boko Haram insurgent group responsible for the abduction of over 200 students from Government Girls Secondary School in the town of Chibok, Borno state in 2014.

They were also said to have been involved in the arrest of Umar Abdulmalik, a Boko Haram commander suspected to be the mastermind of the bombings in Nyanya and Kuje areas of Abuja in 2015.

Kyari added that they were part of the team that secured the release of Musa Umar, father-in-law of President Muhammadu Buhari’s aide de camp (ADC), who was kidnapped in May.

“They similarly participated in the arrest of Umar Abdulmalik, overall Boko Haram Commander Of  North Central, Nigeria and several of his group members,” Kyari said.

“They arrested the kidnappers of two American and two Canadian citizens in Kaduna State and most recently, they took part in the rescue of Magajin Garin Daura in Kano State during which 13 suspects who carried out the abduction were arrested in Kano.

The police and army have set up a joint investigation panel to probe the incident.

TWITTER @thecableng
Copyright 2020 TheCable. All rights reserved. This material, and other digital content on this website, may not be reproduced, published, broadcast, rewritten or redistributed in whole or in part without prior express written permission from TheCable.
Tags
ArmyEvansPolicesoldierstaraba
Advertisement