My principal being shown the way out of APC, says spokesman of Kwara governor 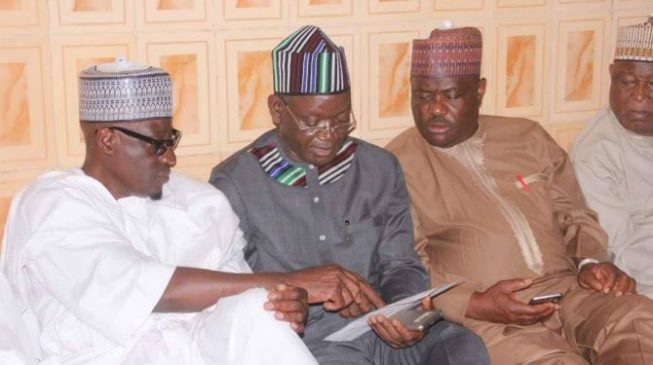 22:25 2018
Print This Article Share it With Friends
👤by TheCable  0 Comments
Advertisement

Muyideen Akorede, spokesman of Abdulfatah Ahmed, governor of Kwara state, says his principal is being shown the way out of the ruling All Progressives Congress (APC).

Among the PDP leaders at the meeting were Uche Secondus, chairman of the party and Nyesom Wike, governor of Rivers.

But Akorede said the gathering was not political, adding that Ahmed is yet to take a decision on staying or leaving APC.

“Kwara state governor is  yet to take a decision on his political future with the APC,” the statement read.

“While I have not been briefed on any planned defection, I am aware that my principal and other political leaders in the state are gradually being shown the way out of the APC.”

TheCable had reported that Tambuwal, Ortom and Ahmed would soon leave the APC.

On Monday, Ortom said he was contemplating joining another party since the ruling party gave him a “red card”.