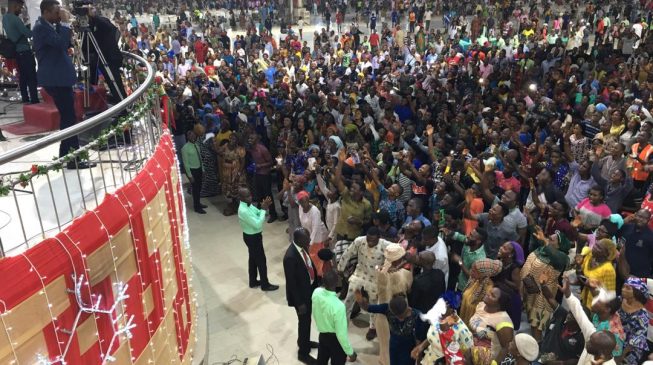 19:18 2019
Print This Article Share it With Friends
👤by Bisi Daniels  0 Comments
Advertisement

On Monday, the first day of the 2019 Holy Ghost congress of the Redeemed Christian Church of God (RCCG), millions of people around world saw Enoch Adeboye, general overseer of the church, use the tambourine elaborately.

He also danced, beaming voltages of joyful smile, as thousands of people in the two large auditoriums at the Redemption Camp, sang praises to the Lord and danced with him.

The service was dedicated largely to praising God for the many wonderful things He has done for the church and in anticipation of what He was going to do in the lives of the faithful and the church during the week-long Congress with the theme, “The Great Turnaround.”

Hours before he mounted the pulpit, there were long sessions of praise singing and dancing led by the over 2000-member strong mass choir of the church, in blue robes with white trimmings.

The annual congress, which started in 1998, has held every year with increasingly large congregation.

The 77-year-old general overseer has attended all the sessions and was leading this year’s congress.

The church, which had only 40 parishes in 1981 has spread to 198 countries, where delegates attended the congress from.

Over the years, millions of souls have been saved and spectacular miracles, including babies born by several barren women, the cure of terminal diseases and raising people from the dead.

“Tonight, we just want to praise God,” Adeboye announced after his usual opening prayers and greetings.

“I’m sure many of you would have wondered why there has been so much singing, dancing and jumping but before the night is over, you will understand!

“Because this is the week of The Great Turnaround, we want to start right by praising Him. We want to worship Him in such a manner that He will stand up and say: “Ah! What is going on at the Redemption Camp?

“I am going to interrupt the praise for a few minutes to share one or two things, after which we will continue singing and dancing until we are satisfied”

The sermon, transcribed by the Discovery Media Crew, dwelt on the popular turnaround story of Blind Bartimaeus, which Adeboye used to teach the theme of the congress – The Great Turnaround.

He chose the simplest of definitions to show that a turnaround can be a forward movement for one who had been moving backwards; or moving upwards from a downward movement.

And that a great turnaround could mean the sudden return of lost opportunities.

In the story of Blind Bartimaeus, Jesus had almost walked pass him when he called out to Him, praising Him to His roots as “Son of David.”

Jesus stopped, asked that he be brought and he was instantly healed for his faith.

That moment he received a Great Turnaround, his darkness turned into light; sickness to health; loneliness into being the centre of attraction; and curse into blessing.

He also used his personal testimony as an illustration. 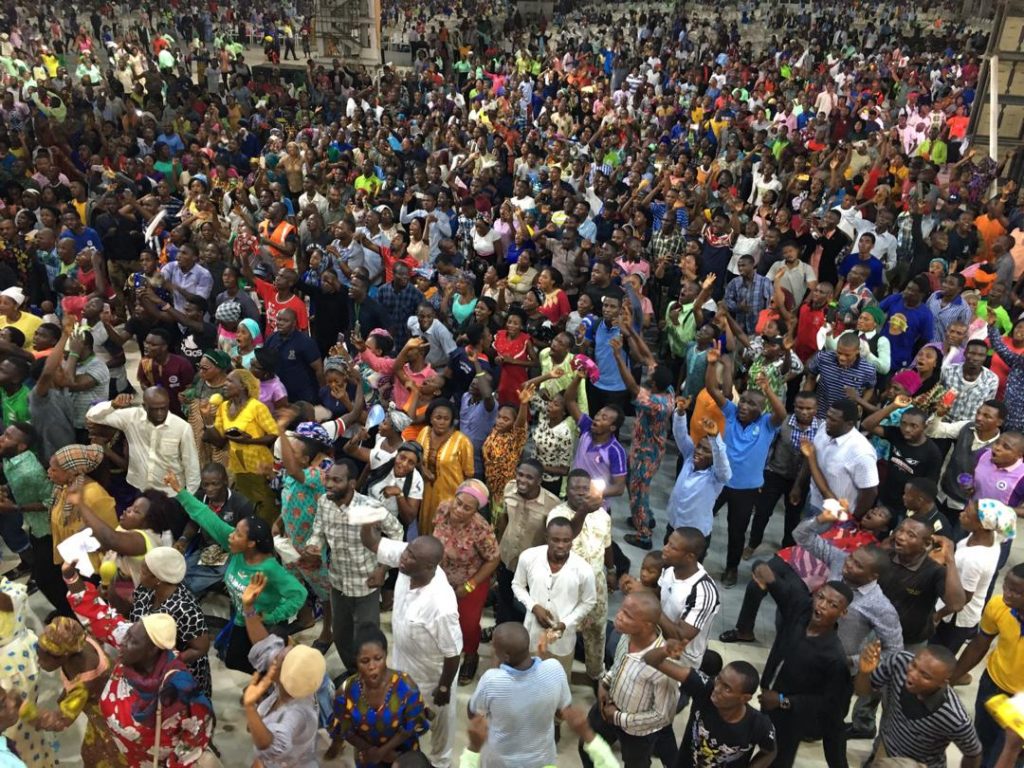 “Years ago, I went to the University of Nigeria Nsukka to mark West African Examination Council papers. On my way back, I didn’t have enough money on me, so I stood by the highway in Asaba waving down vehicles going to Lagos in a bid to hitch a ride,” he said.

“Everyone I waved at drove past without stopping. Then I spotted this Mercedes Benz car, the most sophisticated of all the cars that had whizzed past me that day, the one known as Obokun, the big Mercedes Benz 280 of those days, fully air-conditioned.

“I didn’t bother waving it down because I expected it was the most unlikely kind of car to heed to a hitch-hiker. But on impulse, after it had driven past a few meters away, I tentatively raised my hand. The driver stopped and reversed to ask me if I was going to Lagos. I answered in the affirmative.

“He invited me to join him, so I jumped in. Because his friend was sitting beside him on the passenger’s side, I occupied the owner’s corner at the back.

“The man took me to Lagos. From his accent, it was obvious he had just returned from the United States of America. “He used “meen, meen, meen” a lot of times in their discussion.

“When we got to Palmgrove, Lagos, he asked where I was going, and I replied, “Aaah, please drop me here, I will find my way to Surulere.”

He declined, saying he would take me all the way home. He dropped me at my doorstep!

He continued the sermon by pointing out some key points about Great Turnarounds.