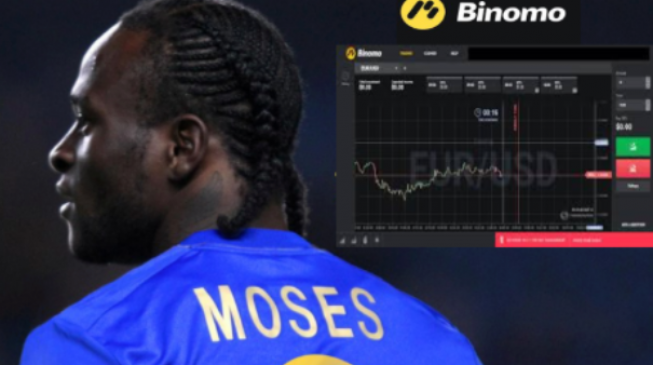 11:41 2018
Print This Article Share it With Friends
👤by Advertiser  0 Comments
Advertisement

On the quiet streets of Kaduna, an eleven-year-old tackled his friends on a football field, carefully nursing his passion one kick at a time. Like most kids his age, dreaming was all that he had, and after a busy day at school, if you were able to set even the tiniest brick for that dream to be built, you were deemed lucky.

It was one of such days, and Victor had just finished another gritty session of dream-nursing when he returned home to find both his parents brutally murdered. There had been a riot, and he had only escaped by the skin of his teeth, thanks to a casual football game on rough dusty grounds of the city.

This tragedy could shatter even the strongest of men, let alone a boy whose life was only beginning.

Concerned that the attackers were going to return for him, his relations sent him to the UK to claim asylum. Amidst the loneliness of being without his birth family and perhaps as a coping mechanism for grief, Victor again turned to that one passion he always nursed in his heart.

While being enrolled in high school by his new foster family, he committed himself to football, playing till he was scouted into a football club and academy where he came into prominence after scoring
fifty goals for his team. He was only 14.

By the time he was 17, the young Kaduna boy had become a football sensation, scoring hundreds of goals and winning a National Cup for his school team.

As the years have progressed, Victor Moses has represented major football leagues around the world as well as the National team of his home country. And while at it, the Chelsea FC and Nigerian superstar, has gained wide acclaim and bagged multiple honorary nominations and awards, including the Goal Africa Player of the Year in 2017 naming him the continent’s best, 2018 NFF Player of the Year award, and shortlisted for Chelsea’s prestigious Player of the Year award for the 2017-18 season, among several others.

The future looks even brighter for the now-grown man whose dreams are playing out before his eyes, and there is no telling how far his dreams will take him, as the world stands attention and cheers a dogged survivor on.

So it only made sense when Victor partnered with online trading platform Binomo and became its brand ambassador. Binomo has enjoyed tremendous success in Europe and Asia with its foray into the Nigerian market, the company seems set to grow its already considerable user base. Still in its early days the Partnership with Binomo seems to have already begun yielding dividends with more Nigerians joining the platform and trying out their hands in options trading. Why? Because it’s such a secure, easy and profitable platform and anyone can open a standard account with just 1800 NGN.

TWITTER @thecableng
Copyright 2019 TheCable. All rights reserved. This material, and other digital content on this website, may not be reproduced, published, broadcast, rewritten or redistributed in whole or in part without prior express written permission from TheCable.
Tags
BinomoChelsea FCforexVictor Moses
Advertisement