The recall of Jibrin and the fight against corruption 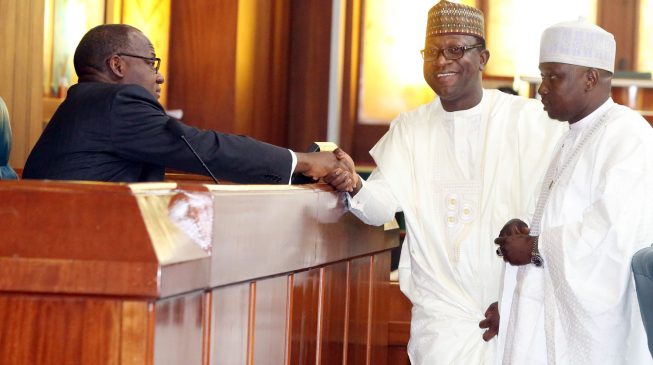 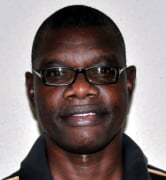 Muhammadu Buhari, once a military ruler of Nigeria, was finally elected President in 2015 after four grueling attempts. In between, he once wept in public to express his lamentation at the deepening leadership deficit in the country, but more fundamentally, the direct object of his regret was the failure to be elected as the leader widely believed to be equipped with what it takes to check the negative impulses in governance and steer the ship of state in the right direction. That was immediately after the supreme court declared Goodluck Jonathan winner of the 2011 presidential election.

Welled up in tears and voice heavy with grief, Buhari had told the audience on that somber occasion that he was drawing the curtains on politics and would never again present himself for election as president.

It was an emotion-laden, graphic spectacle that simultaneously drew tears not just from many of his supporters, but also from those who reserved considerable sympathy for him as a result of his serial failure to nick the presidency which they felt was most suited to him at that juncture in the history of Nigeria. This group believed that a man of such widely acknowledged solid character, reputedly imbued with zero tolerance for corruption, was what the country needed as leader to revive the hopes of a disillusioned citizenry.

To date, he thrives in that distinct category of the only leader to have openly shed tears over the seemingly endless misfortunes foisted on the country on account of the strings of appalling leadership that had been served by leaders other than himself.

And, indeed – all variables considered, Buhari held the promise of that leader who would turn the tide for good, especially in the fight against deep-seated and pervasive corruption that has literally brought the country to its knees. That was the one singular reason he was persuaded to return to politics, and the reason, more than anything else, that more than 15 million citizens voted for him to become president.

But since assuming office, our president rather than mobilize his cabinet for an all-out bruising war against the one vice he promised Nigerians he would fight to a standstill, not only appeared to have donned kid gloves but also resigned to selecting the corruption battle that must attract his attention. So much so that the closer the affinity anyone has to Aso rock residents, the brighter the chances of getting away with monumental acts of corruption.

Over time, the anti-corruption war of the APC administration has been dealt severe blows, mostly self-inflicted blows arising from the kind of elite-serving hypocrisy no one who strongly pushed for Buhari as president would in the wildest of imaginations believe could ever crop up in his presidency. The latest being the recent return of the suspended former chairman of the committee on appropriation, Abdulmumin Jibrin, to the House of Representatives without an investigation of his grave allegation of budget fraud perpetrated by the leadership of that arm of the legislature.

As far as the allegation of budget padding in the green chamber is concerned, the subtle recall of Jibrin is the end of the matter. He had alleged that four principal officers had met secretly and allocated N40billion to themselves out of N100billion allocated to the National Assembly in the 2016 budget. This is in addition to tons of “wasteful projects” running to over N20billion they allocated to their constituencies. Jibrin petitioned the police, EFCC and ICPC calling for the investigation of the personalities involved, and not excluding himself.

It was the first time in the history of Nigeria’s parliament that a member would make such a stupendous disclosure. To the discredit of the legislators, the National Assembly has exhibited an opaqueness of legendary proportion since the beginning of the Fourth republic in 1999. The budget fraud as exposed by Jibrin provided a glorious opportunity for Buhari to demonstrate his determination to convince the world that his promise to fight corruption was not a hollow covenant. It was a begging chance for him to turn the legislature inside out and institute an enduring regime of transparency and accountability in that arm of government.

But again, what did our president do? Buhari turned that austere face with which he ought to have stared down the dissolute leadership of the House of Reps toward issues of less interest to an eager public already awaiting an unavoidable showdown with the legislators. As far as facts in the public indicated, he expressed no outrage at what was exposed; no marching orders to the Attorney General of the Federation to do, as they say, the needful; nor was there any directive to either the police, EFCC or ICPC to look into the matter.

Instead, the whistleblower – for that is what he truly is now – was left to deal with the challenges associated with his action. Even though Jibrin was invited by the police and the anti-corruption agencies, nothing came out from the encounter. It is not something many Nigerians would expect to happen in the government of a man who wept in the face of an increasingly decadent leadership, and who promised that if elected, he would institute a change that would make impunity and corruption something only to be linked with the past.

On July 20, 2016, Jibrin was removed as chair of committee on appropriation and suspended same day for one legislative year. He went to court to nullify the suspension and won all the way to the supreme court each interlocutory appeal thrown in his way by the House of Reps. The substantive matter was in the process of being heard at the high court when his suspension was lifted.

No doubt, the way Jibrin’s allegation was handled has further cast a pall of gloom on the public perception of the anti-corruption war under the Buhari administration. Although the lawmaker has rightfully regained his seat as a member of the parliament, the Nigerian people and the anti-corruption war remain the loser for it in the sense of not being to appreciate the outcome of his allegation. This certainly is not the way to fight corruption.

Godwin Onyeacholem is a journalist. He can be reached on [email protected]

TWITTER @thecableng
Copyright 2020 TheCable. All rights reserved. This material, and other digital content on this website, may not be reproduced, published, broadcast, rewritten or redistributed in whole or in part without prior express written permission from TheCable.
Tags
Abdulmumin JibrinGoodluck JonathanMuhammadu Buhari
Advertisement