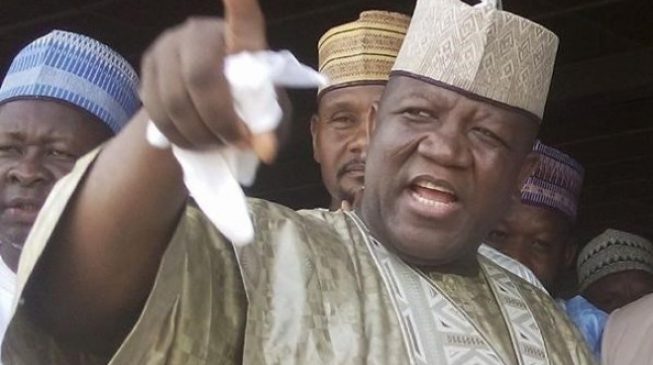 08:53 2019
Print This Article Share it With Friends
👤by Haleem Olatunji  0 Comments
Advertisement

Operatives of the Economic and Financial Crimes Commission (EFCC) have reportedly uncovered 21 exotic cars during a raid at the Talata-Mafara residence of Abdulaziz Yari, former governor of Zamfara state.

EFCC had raided Yari’s residence on Sunday evening when the ex-governor was out of the country.

TheNation reports that 21 exotic vehicles were found in the compound of the ex-governor, who until he left office in 29th May, was chairman of the Nigerian Governors’ Forum (NGF).

Yari is currently being investigated for alleged questionable payment of N19 billion from the London-Paris Club refund; N35 billion spent on internally displaced persons (IDPs); ecological and stabilisation fund and how he incurred N151,190,477,572.02 liabilities on ongoing projects.

TheNation quoted a source as saying the governor is expected to honour the invitation of the anti-graft agency in order to provide answers to some questions connected to the ongoing investigation.

“The onus is on Yari to explain how he came about the exotic vehicles; whether or not he declared them in his Asset Declaration Form; and if these vehicles were in his exit Asset Form as a former governor in May,” the source said.

“Once he is able to justify the acquisition of the vehicles, the EFCC has no problem with Yari. Otherwise, he has a question to answer.”

Yari famously blamed an outbreak of meningitis in the state on “fornication”.

His bid to become senator was quashed by the supreme court which nullified his candidacy in the general election.

TWITTER @thecableng
Copyright 2020 TheCable. All rights reserved. This material, and other digital content on this website, may not be reproduced, published, broadcast, rewritten or redistributed in whole or in part without prior express written permission from TheCable.
Tags
Abdulaziz YaricorruptionEFCCzamfara
Advertisement