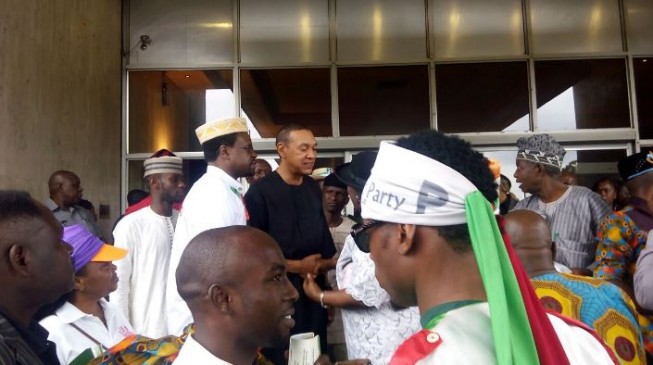 14:36 2016
Print This Article Share it With Friends
👤by Taiwo George  0 Comments
Advertisement

As of 9pm on Tuesday, Dayo Adeyeye, spokesman of the caretaker committee of the Peoples Democratic Party (PDP), was so certain that the much-debated convention of his party would still hold.

“This convention will go on unfailingly,” was his response to a text message sent by TheCable.

Adeyeye, like most PDP members and supporters, must have felt the ruling of Ibrahim Liman of the federal high court, Port Harcourt, was sacrosanct. While Okon Abang of the Abuja high court ordered suspension of the exercise, Liman held that it should go on as planned.

However, armed policemen cordoned off Sharks Stadium, venue of the convention, less than 10 hours after Adeyeye made that expression of optimism. 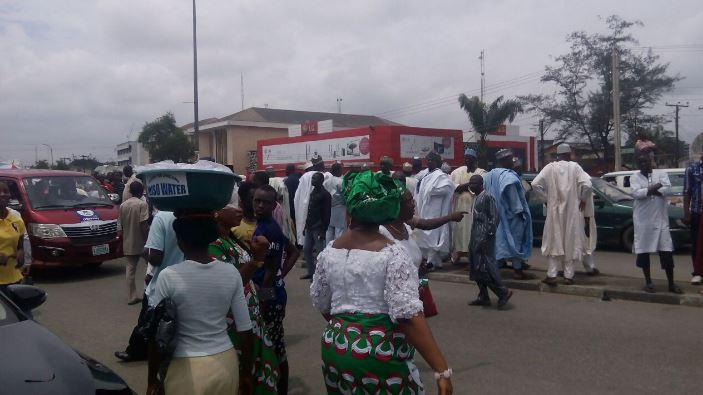 Some delegates on Aba road

The stadium is located right beside the state police headquarters and on the same street with the Rivers state house of assembly. By 8am, policemen were seen in different corners, exchanging banters and idling away.

Directly opposite the stadium were some relaxation spots. The officers took time to engage in informal discussions. They ate, drank, smoked cigarettes, and surprisingly the smell of marijuana filled a particular section. I couldn’t find out if it was a ‘bloody’ civilian like me who was puffing it or a supposed law enforcement officer. 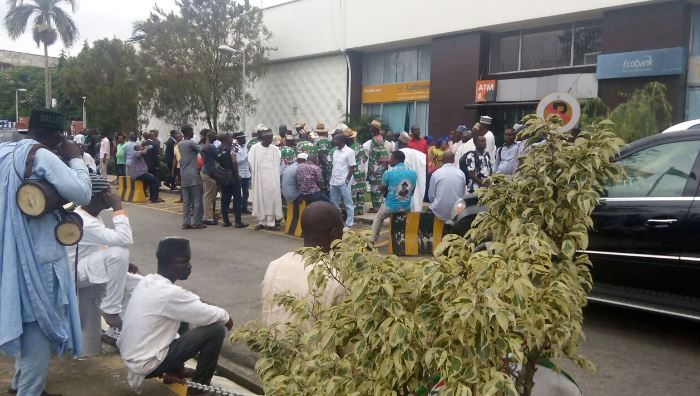 By the original plan of the party, accreditation of delegates and media was to hold at Presidential Hotel by 8am on Wednesday. The delegates came in their numbers, the same were party officials, governors, federal and state lawmakers.

Meanwhile, series of meetings were held at the Government House, Port Harcourt, and old Presidential Lodge. Unconfirmed reports had it that soldiers laid siege on the place.

By 10am, no one could say if the convention would hold or not. The party stakeholders were holding a meeting inside, while their supporters and political thugs took over the premises of the expansive hotel.

The dignitaries left in batches, leaving delegates, journalists, party supporters confused over whether or not the exercise would still go on.

The political thugs did not waste time in crowding the dignitaries as they walked out of the hall. Some were magnanimous enough to part with money, others ignored them and entered their vehicles.

Many were still not sure about the convention by 11am, but the meeting was apparently over, as the guests were fewer at this time and the vehicles were being emptied from the parking lot.

A colleague hinted me that the party’s board of trustees had met, so also the national executive council (NEC), and a decision had been taken to relocate the convention to the party secretariat.

Ahmed Makarfi, chairman of the caretaker committee, declared the convention open, and Leo Ogor, minority leader of the house of representatives, moved a motion for the suspension of the election of national officers.

The motion was adopted. Ike Ekweremadu, deputy senate president, moved the motion that the tenure of the caretaker committee be extended by a year.

The delegates also passed a vote of confidence on the committee.

In other words, the convention still held. But from another angle, it was technically cancelled, given that the major task was the election of new leaders.

Outside the secretariat, a carnival of sorts was going on —from a young man attracting attention with his football skill, to the group of dancers and thugs chasing politicians for money. 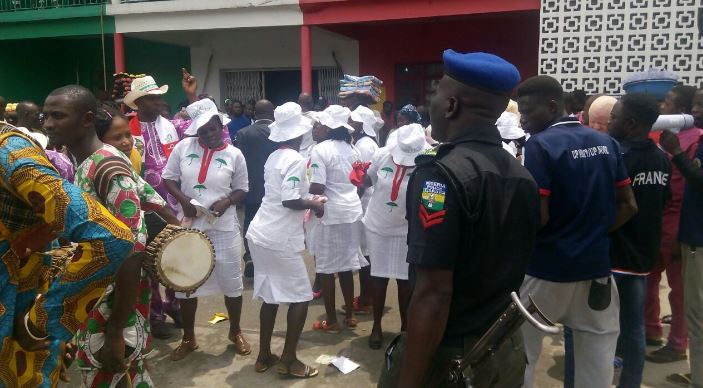 A group of supporters

Aba road was at a standstill for hours, and adjoining streets also recorded traffic gridlock as a result of vehicles parked either side of the road.

Sounds of sirens were heard frequently, reminding residents of the oil-rich city that some very important personalities were in town.

Hopefully, the PDP would have put its house in order by next year, only then would it be able to organise a proper convention that would usher in its new leaders.

TWITTER @thecableng
Copyright 2020 TheCable. All rights reserved. This material, and other digital content on this website, may not be reproduced, published, broadcast, rewritten or redistributed in whole or in part without prior express written permission from TheCable.
Tags
conventionDayo AdeyeyePDP
Advertisement